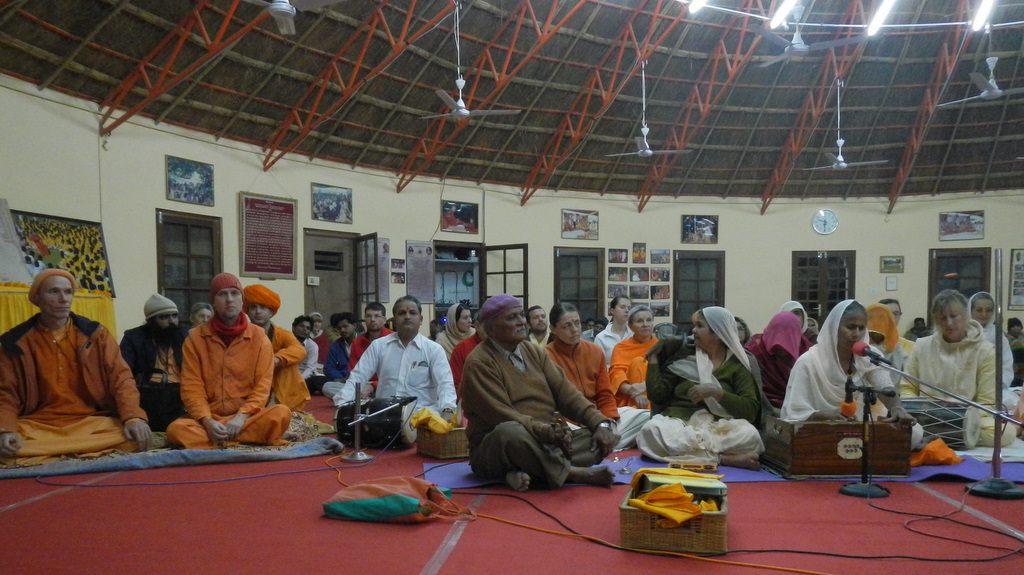 On this auspicious ocassion, there was a satsang in Jadan Ashram where many people gathered to express their devotion to Him, to sing bhajans and to pay respects to the sadhus and hear their wise and motivating words. After the evening prayer, there was a bandhara for the visitors, while the karma yogis of the Ashram were singing bhajans. Spontaneously, when the eating finished, all joined the singing and, at the same time, also brought many flower malas which they most respectfully and faithfully placed on the altar in Bhakti Sagar. So many that the whole hall smelt like a garden. Soon after that there was a Skype satsang with Swamiji which touched our souls and opened our hearts even more. We could feel that He was with us all through the night. The singing then continued till the morning and was concluded with Guru Arati which was followed by the morning bandhara. Soon after that, the people started to leave the Ashram, but in spite of it, the love, the belonging, remained. It was clearly felt that the whole night was fully dedicated to the loving memory of Sri Mahaprabhuji. It was amazing to see how the light kindled in people's hearts more than fifty years ago is still burning. How His inspiring words still uplift their spirits. How they carry His teachings inside their hearts. And how beautiful it is to love God. And to receive His love tenfold. No, hundredfold. That is how we spent Mahaprabhuji's Mahasamadhi in Jadan Ashram in Rajasthan, India.