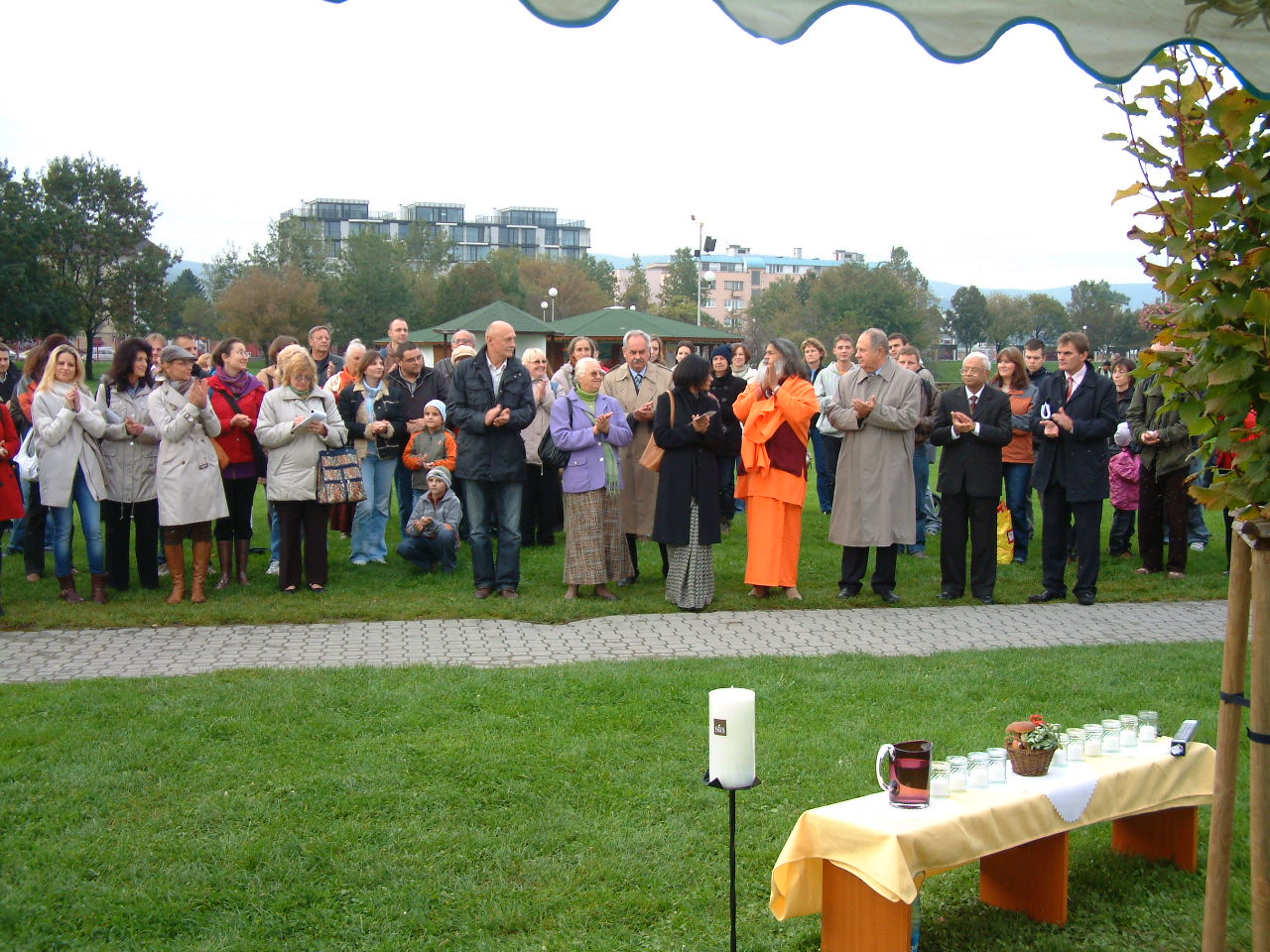 The festive  peace  meeting  at the  PEACE  TREE  in  Bratislava, Slovakia in   the Town  District  Bratislava- Nove Mesto,  in the recreation area  Kuchajda on  Wednesday  6. October  2010

In  the capital city  Bratislava – in the Town  District  Bratislava- Nove Mesto the festive peace  meeting  took place like annualy at the Peace Tree in the recreation area Kuchajda- Bratislava Nové Mesto on the occasion of the  3rd anniversary of the World Peace Summit in Bratislava (5.-7. October 2007) – at the honourable presence of  H.H. Paramhans Swami Maheshwarananda, the Mayor of Bratislava- Nove Mesto Mr. Richard  Frimmel and the Vice Mayor of Bratislava- Nové mesto Mr. Veres, H.E. Mrs.Homai Saha, the Ambassador of Indian Republic to Slovakia, Mr. Puri, the 1st Secretary of Indian Embassy to Slovakia, Exminister of Defence of the Slovak Republic - Mr. Pavol Kanis, Dr. Marína Čarnogurská – sinologist , translator and expert on Chinese  literature and philosophy, Mrs. Alena Heribanová - moderator of Slovak television and moderator of WPS in Bratislava 2007,  Mr. Pavol Dubček – President of The Society of Alexander Dubček  and some other significant guests,  who took part at The World Peace Summit 2007  in Bratislava.

Many dear brothers and sisters from Slovak and Czech Republic, from India,  from Austria as well from the Hungary took part at this  significant  occasion.

The festive  peace meeting at the Peace Tree was opend by H.H. Paramhans Swami Maheshwarananda  with the peace prayer and the festive speach  and was followed  by  the short messages  for the world peace by the honorable guests. At this occasion all the guests wanted to honour and remember the meaning and importance of the world peace on our Planet and to send the message for support of the peace  in  the whole world.