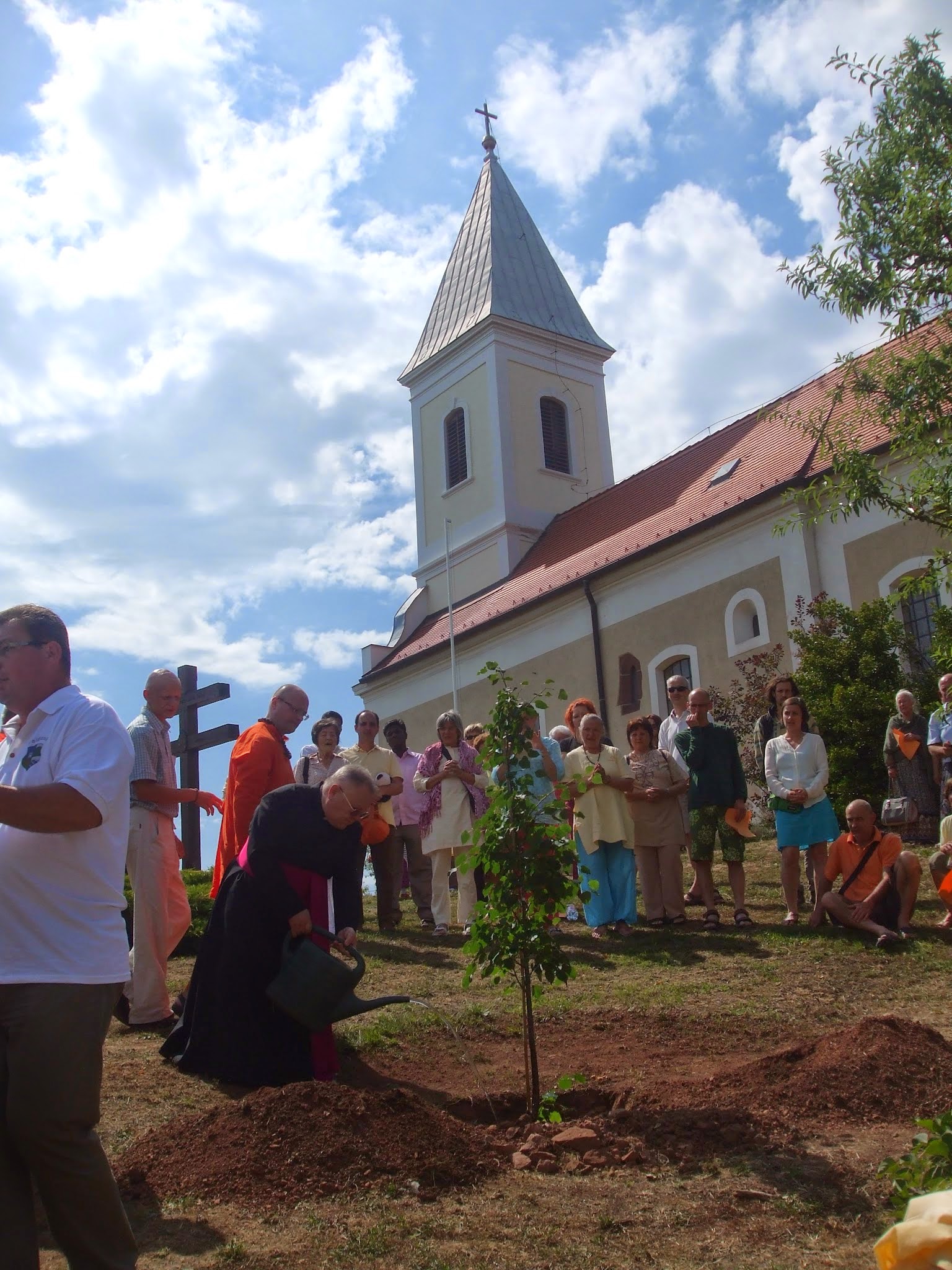 On the 5th of July 2014 in the village Paloznak at lake Balaton, Hungary Mahamandaleshwar Swami Vivekpuri represented His Holiness Mahamandaleshwar Paramhans Swami Maheshwaranandaji. After a short meeting with the representatives of the city Balatonfüred took place a memorial expression at the shore of lake Balaton where Rabindranat Tagore the Nobel Price winner in literature Indian poet has a statue. Tagore visited Balatonfüred in 1926 and a road of the shore is named after him.

Mahamandaleshwar Swami Vivekpuri had a speech about Tagore and peace, harmony and mutual understanding.
After this event Swami Vivekpuri met the priest of the Catholic Church of village Paloznak, Father Jozef. After a ceremonial welcoming in the church, Swami Vivekpuri and Father Jozef planted a peace tree in the garden of the 1000 years old Catholic church together with numerous interested people.
The Yoga weekend continued with different lectures, practices, performances and other events from 4th till 6th of July.