Reflections on time with Vishwaguruji in Mount Shasta, California

It was an honor and blessing to welcome Vishwaguruji and Swami Umapuri to our first Yoga in Daily Life retreat in the town of Mount Shasta, in northern California, on the weekend of March 23-25th. Located in the Cascade mountain range in northern California, Mount Shasta gets its name from the local Native American Shasta tribe, and has long been considered a sacred place by many Native American tribes, including the Wintu, Achumawi, Karuk, Okwanuchu and Modoc. 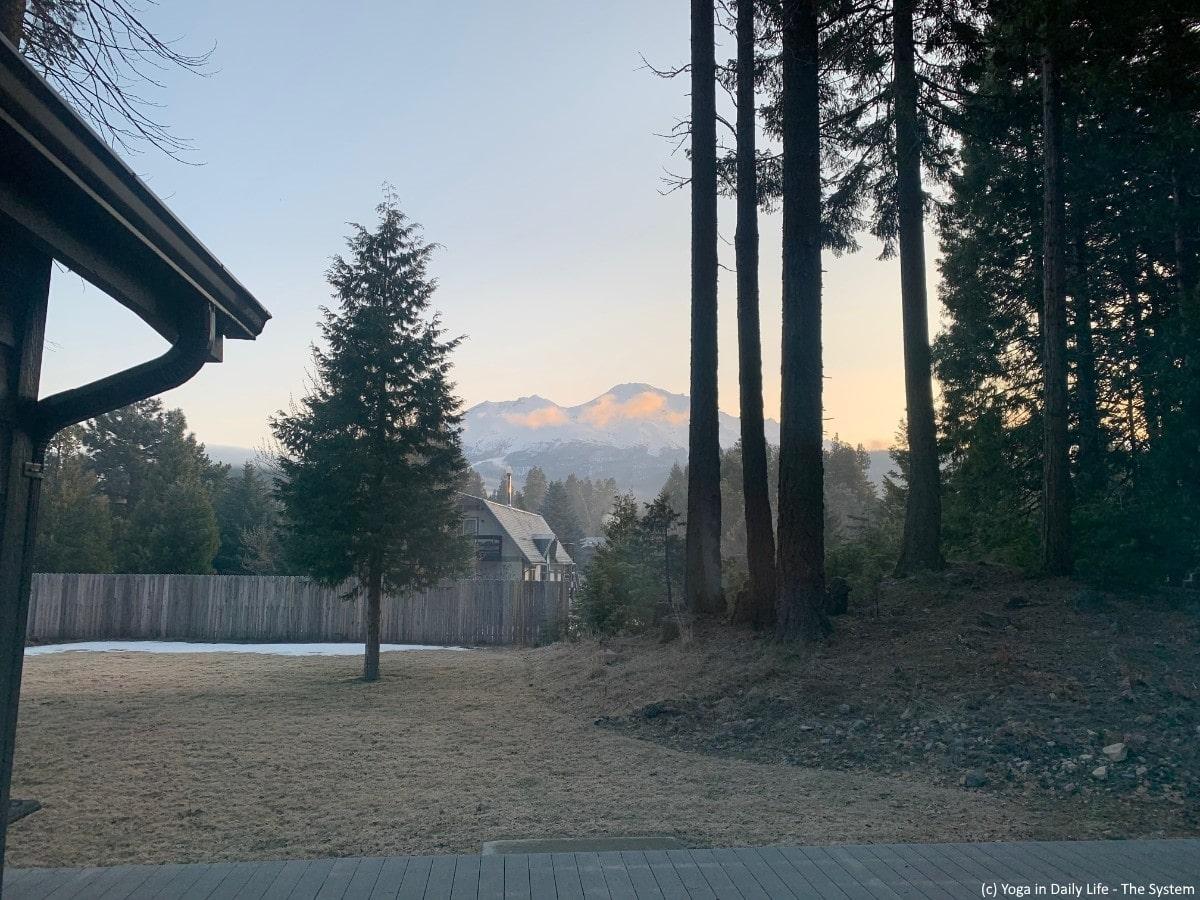 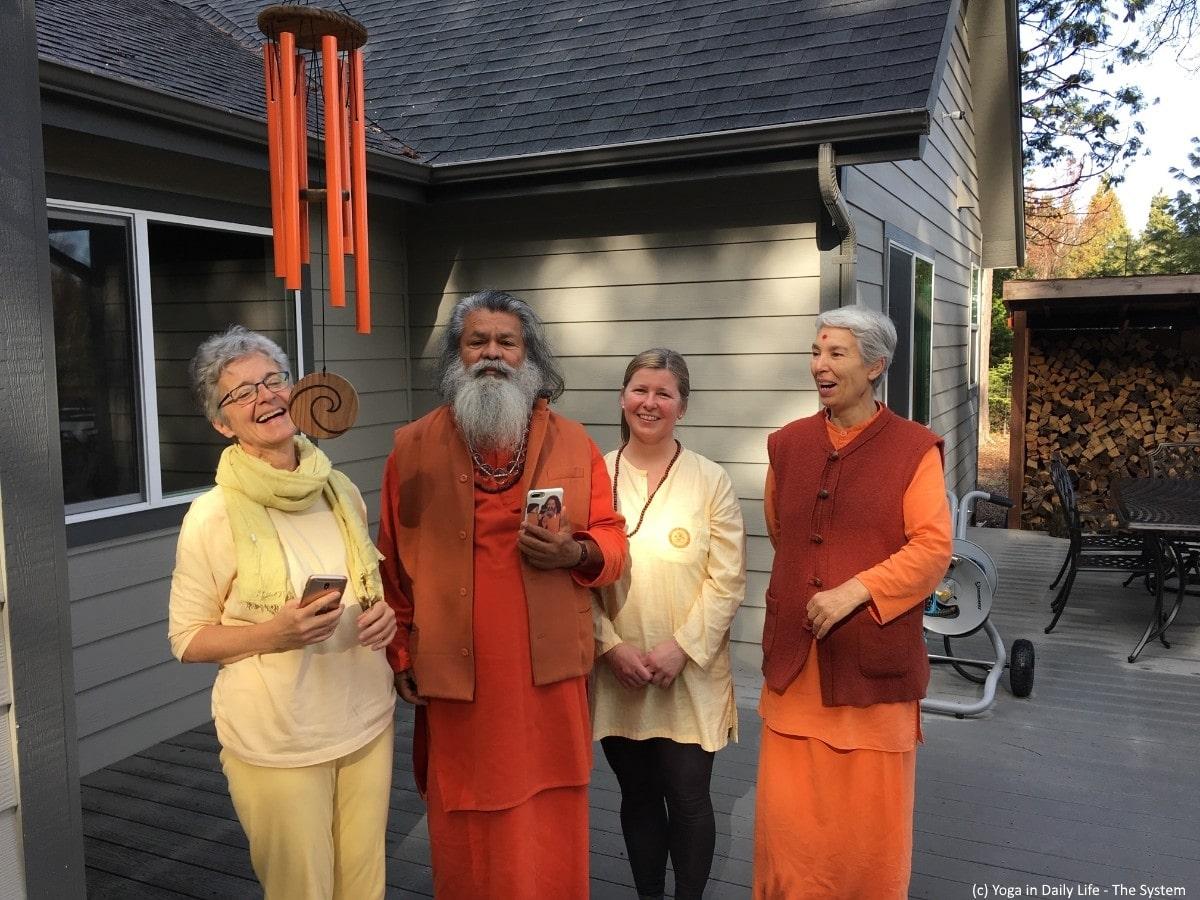 The weekend seminar with Vishwaguruji was a yoga and cultural program held at a community lodge in Mount Shasta City Park. In his lectures, Vishwaguruji continued the topic for his World Peace Tour of 'Chakras and Kundalini', sharing his wisdom and knowledge of the science of Yoga.

Vishwaguruji spoke about Nature, and how we, as humans, are one of many forms of life that live on the planet. We are a part of nature just as nature is a part of us, and it is important for our own health and the health of the planet that we respect all forms of life.

The seminar was held in a lodge that was next to the source of the majestic Sacramento River. Close to hand was the mountain giving life to this great river, as a living example of how nature gives life, and Vishwaguruji reminded all that we ought to respect and protect this gift. 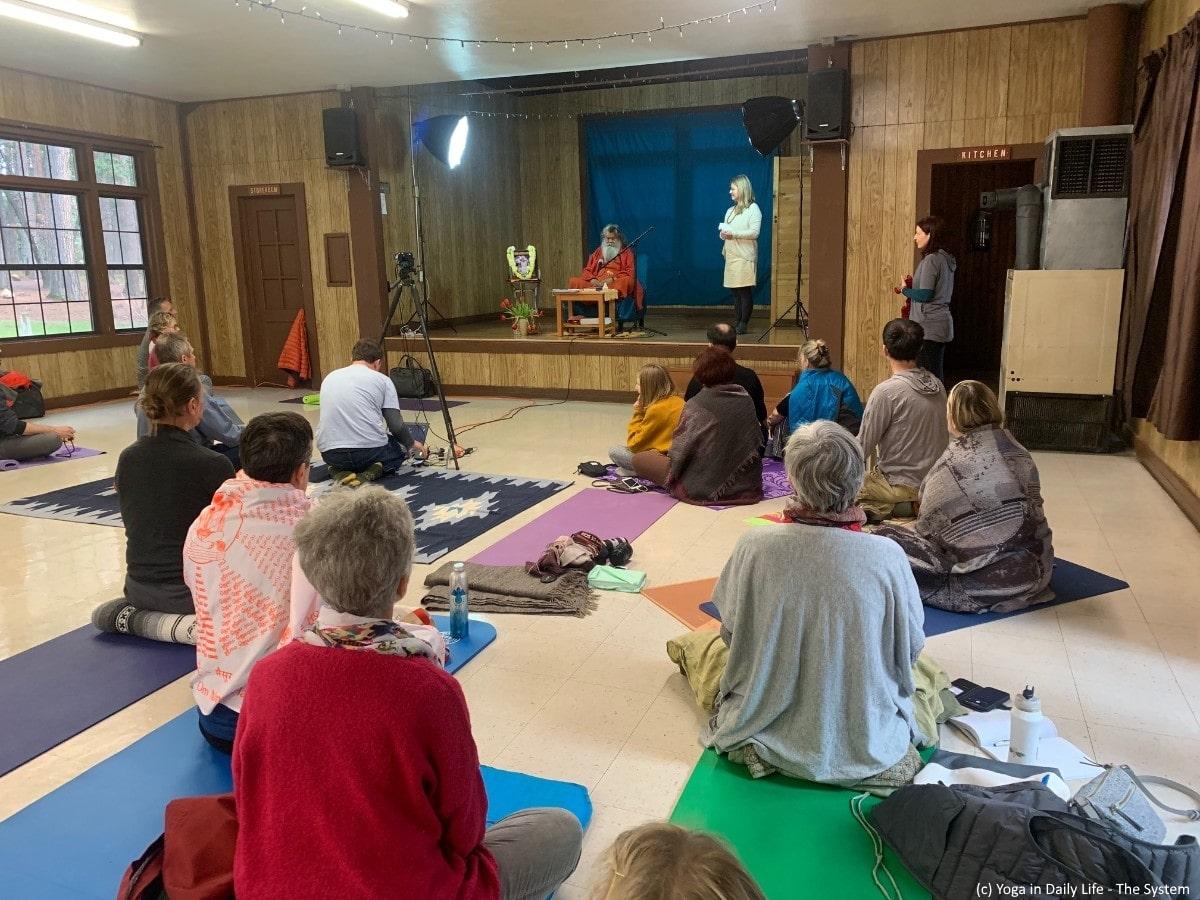 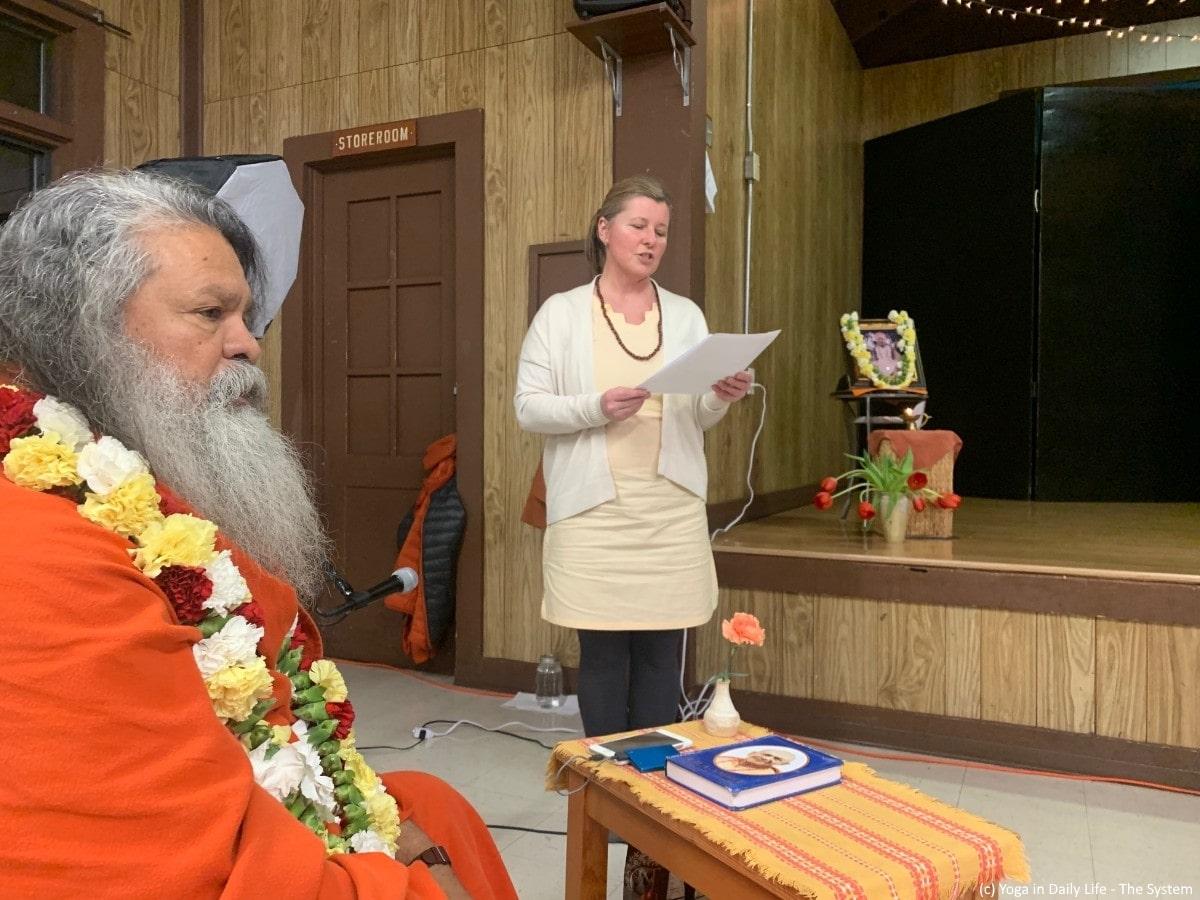 Vishwaguruji also spoke about the importance of culture, in particular how the culture of the Vedic tradition in Yoga has much to offer us. In learning and living the traditions of this culture, we cultivate within us roots that help us stand strong and teach us to be a part of, and participate in, the communities where we live.

The group was very grateful to Bhakti Devi who travelled from Europe to give a performance of Indian classical dance on Sunday evening. Bhakti Devi explained the Temple Dance of ‘Bharatanatyam’  – a cultural heritage of humanity, which is over five thousand years old, yet the message remains relevant today and surpasses religion and nation. Her dance was an expression of art, philosophy, spirituality, the wisdom of Yoga, and her devotion to her craft and guru. It was a wonderful way to end the retreat. 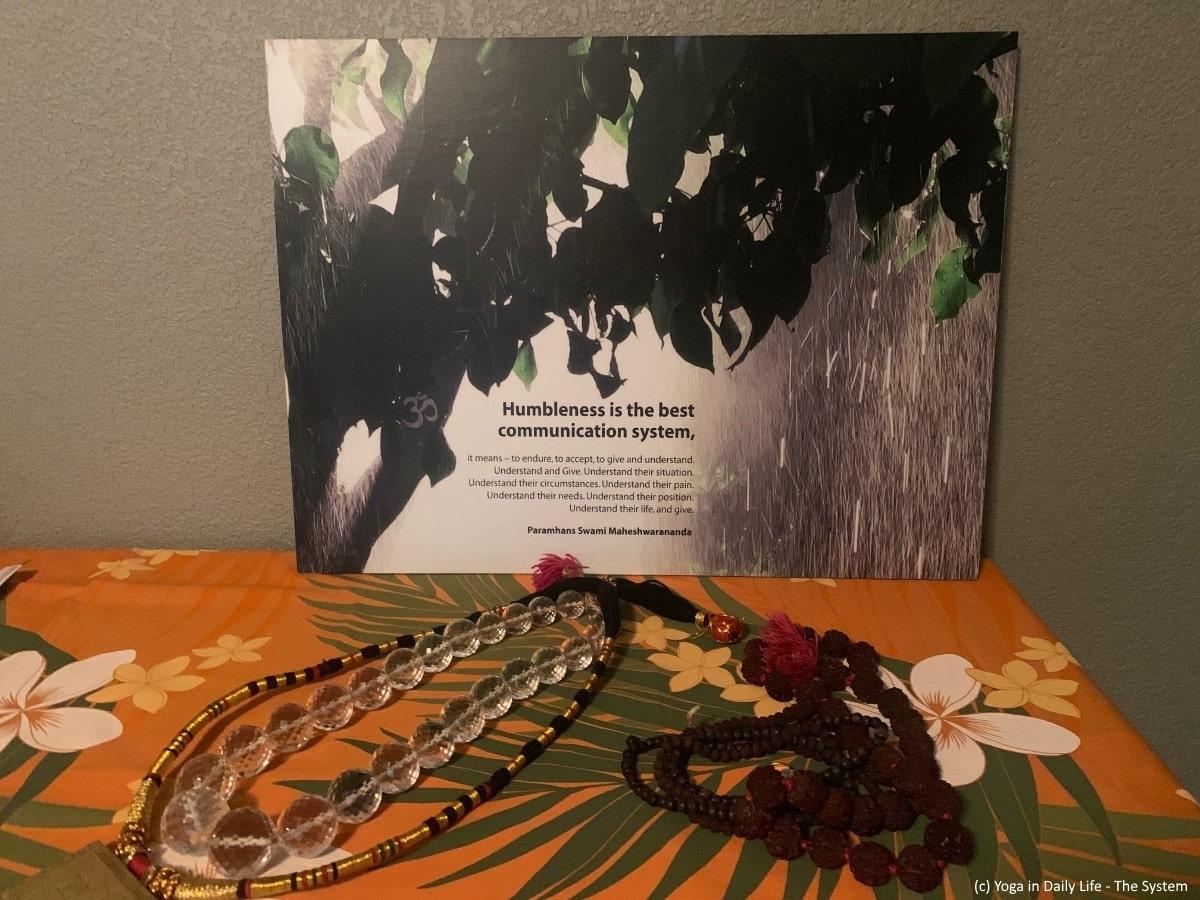 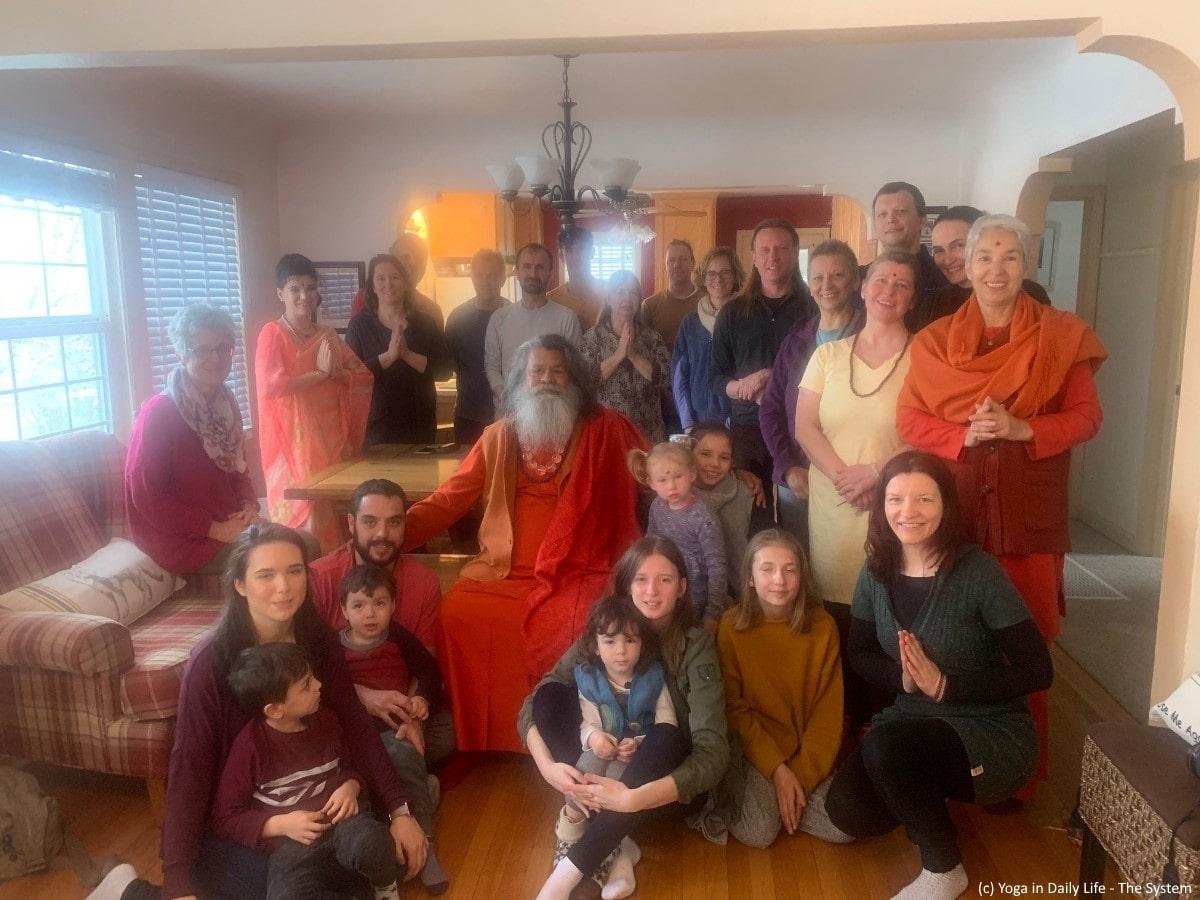 On Monday evening, Vishwaguruji was hosted by the Dashavatara Yoga Center in Fremont, California. The Dashavatara and Yoga in Daily Life practitioners came together as one Yoga family for satsang with Vishwaguruji. In his satsang, Vishwaguruji spoke of his respect and admiration for His Holiness Sri Ganapati Sachidananda Swamiji, Peethadhipati of Avadhoota DattaPeetham of Mysore, India, whom he has know for more than 25 years.

Following satsang, a meal was shared together and the aspirants reflected on what a wonderful and divine few days it was with Gurudev. Yoga in Daily Life in California would like to thank all yoga brothers and sisters who travelled to join us for this program. We are grateful for your effort and your presence. 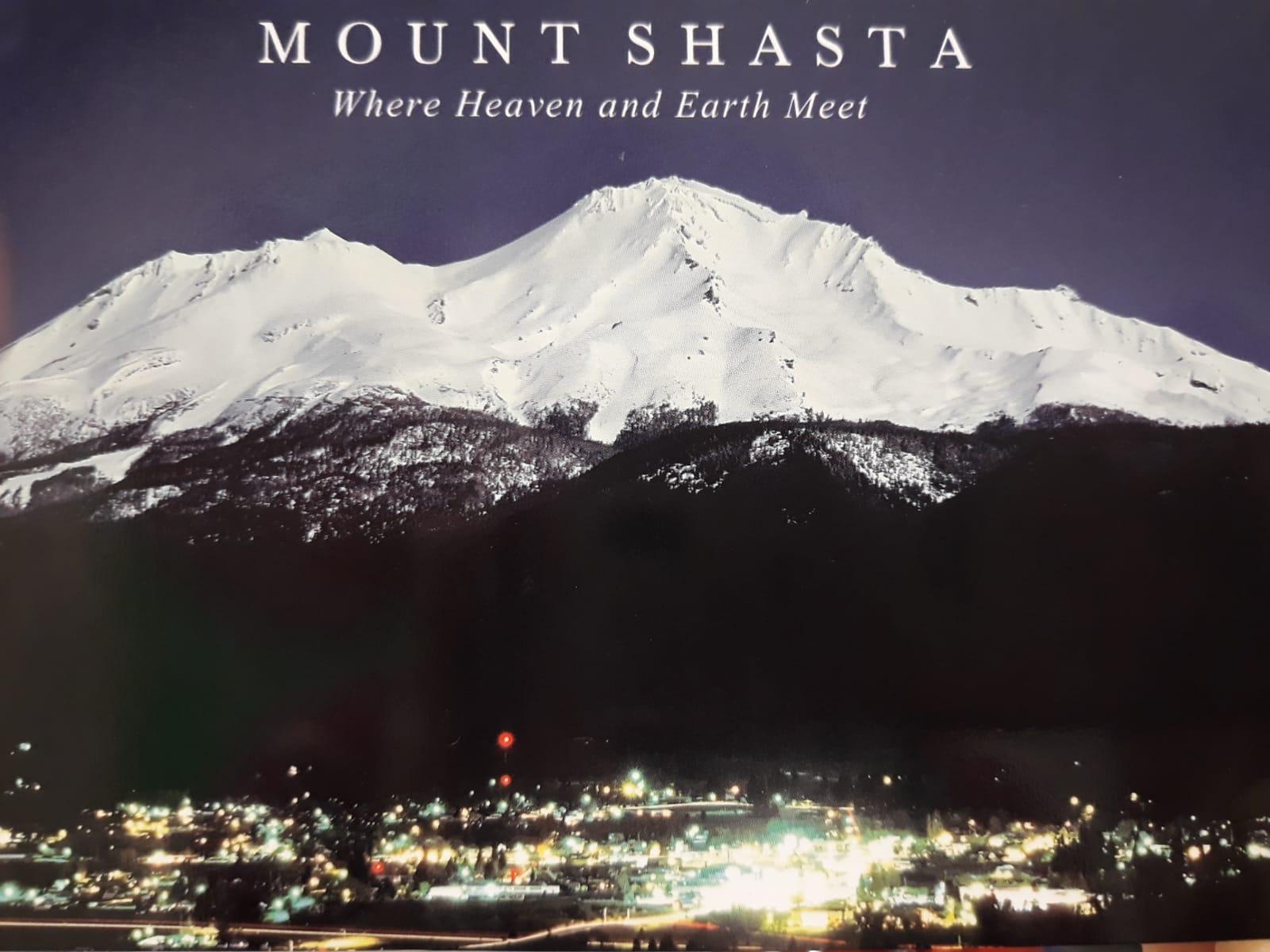 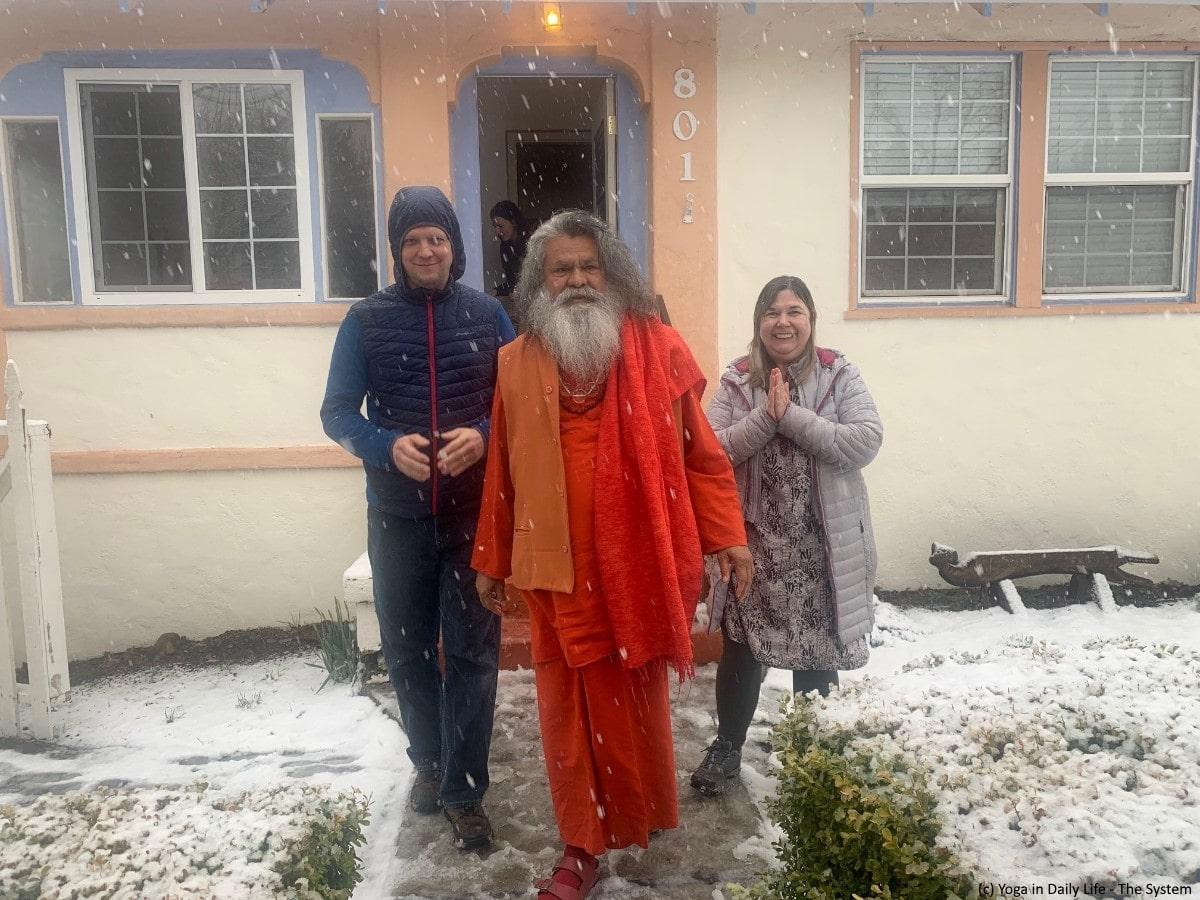