A weekend Yoga Retreat, organised by members of Melbourne Ashram, was held in the peaceful countryside of the Yarra Valley, near Healesville in the southern state of Victoria, from Friday evening to Sunday afternoon 7-9 October 2016. On offer was a Yoga in Daily Life program of asanas, pranayam and meditation, plus an Ayurveda component, and delicious vegetarian meals.

Swami Umapuri guided more than 60 participants through specific Yoga in Daily Life practices which demonstrated the more subtle effects in the body. She explained the benefits of having energy move freely in a balanced way in the manipur chakra, for our physical health and optimum vitality. 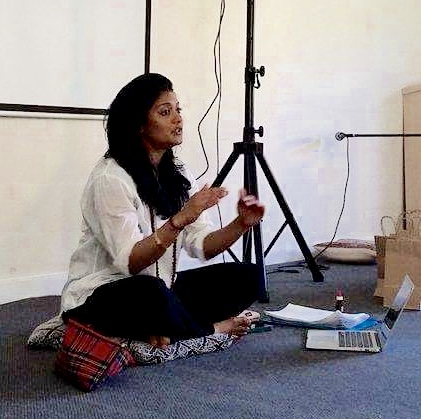 On Monday 10 October, Swami Umapuri was warmly welcomed to Brisbane Ashram in Queensland, where she gave a beautiful class and welcoming satsang. She led the evening classes on both Tuesday and Wednesday, in addition to offering other special programs during the week. These programs focused especially on relief of back-pain, plus maintaining a healthy spine and healthy joints; as well as how to increase energy and immunity, with a particular focus on the solar plexus and manipur chakra. 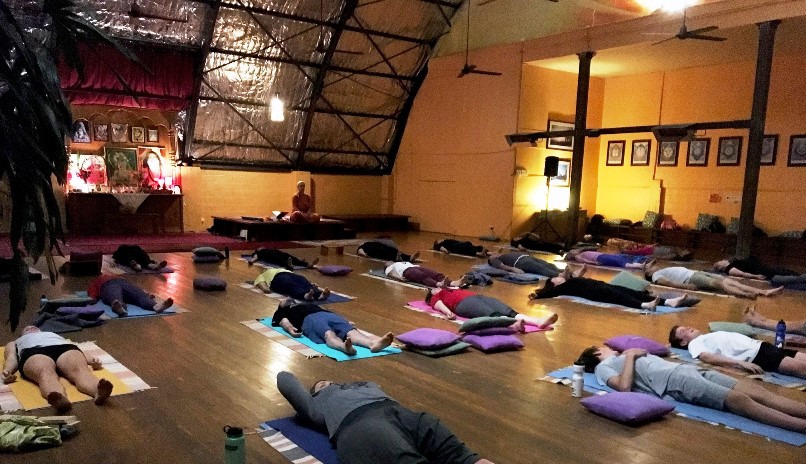 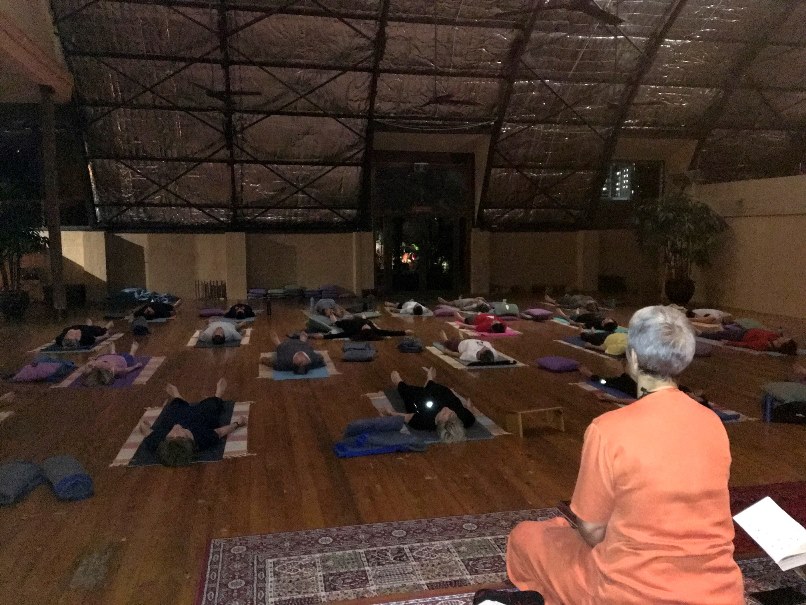 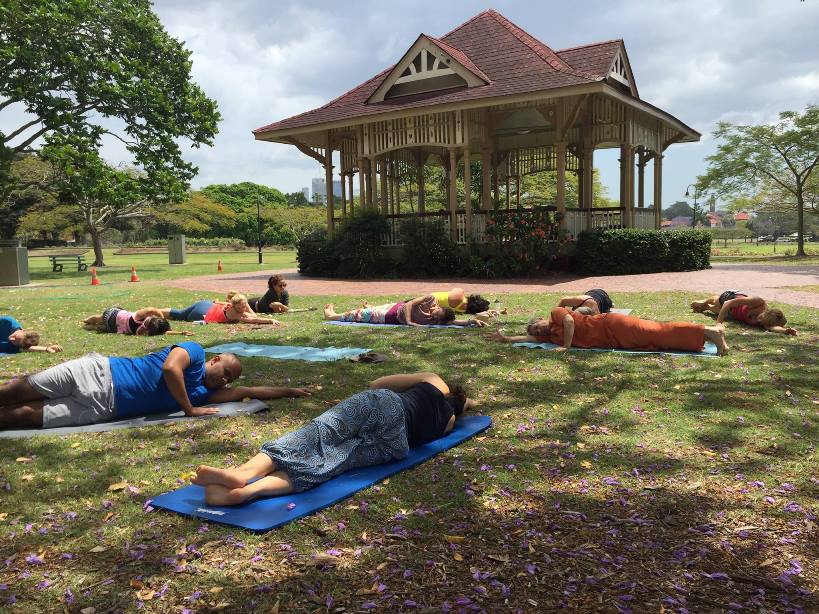 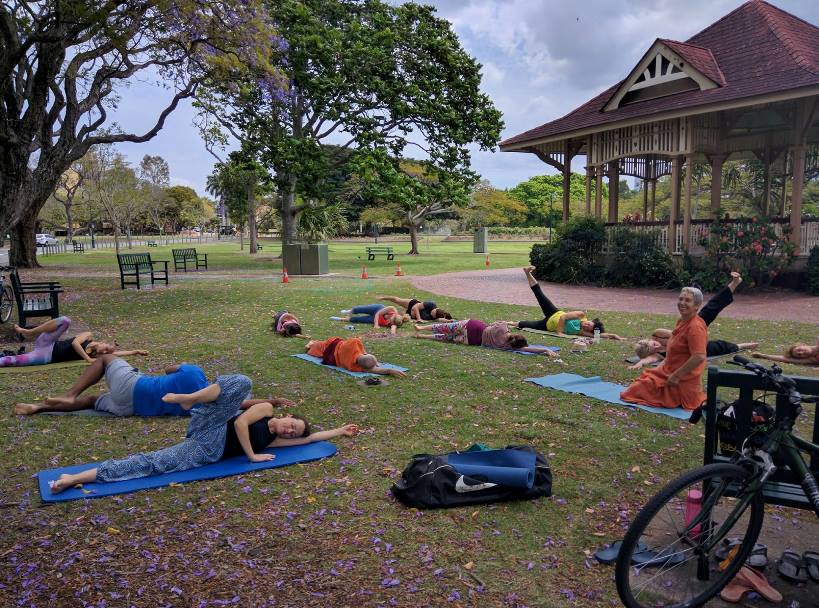 Over the weekend, Swami Umapuri enthusiastically shared her extensive yoga knowledge and experience with all. Participants thoroughly enjoyed the stories from Lila Amrit and her personal experiences from over the years, including the recent Himalayan trip, colorfully relayed to an attentive audience.

In the stillness of dawn each morning, prayers and mantras echoed across the valley, mingling with the plentiful sounds of native birds and setting the peaceful ambience for the day to follow...

Swami Umapuri gently led the group through asanas, pranayama, meditation and yoga nidra, slowly allowing their transformation into a state of relaxation and peacefulness. In between practice sessions, being surrounded by natural bushland, mountains and streams so conducive to bushwalking, the group eagerly set out to explore the natural environment.

In the evening satsangs everyone enjoyed singing bhajans, prayers, mantras and Spiritual songs, including Australian folk tunes. Overall, the retreat was relaxing, nurturing and inspirational. 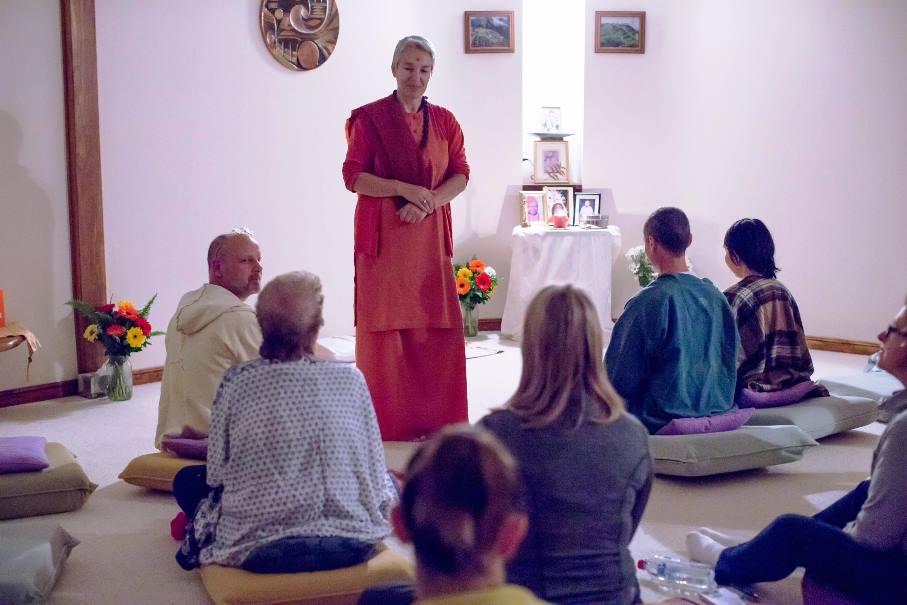 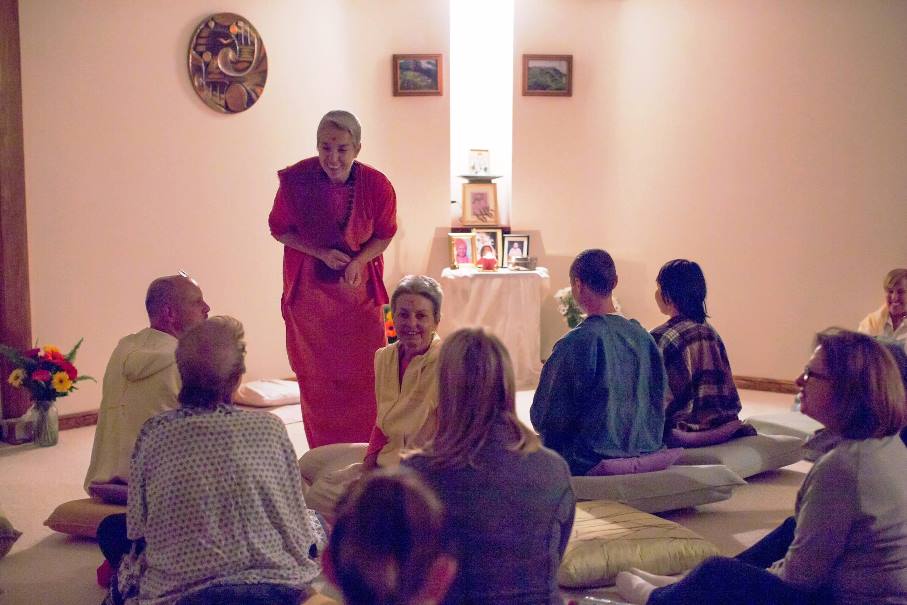 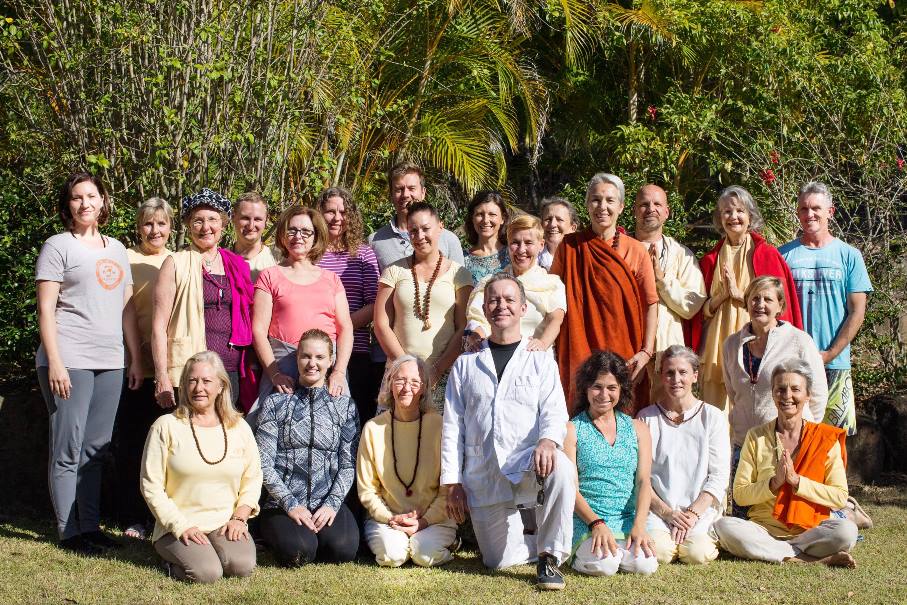 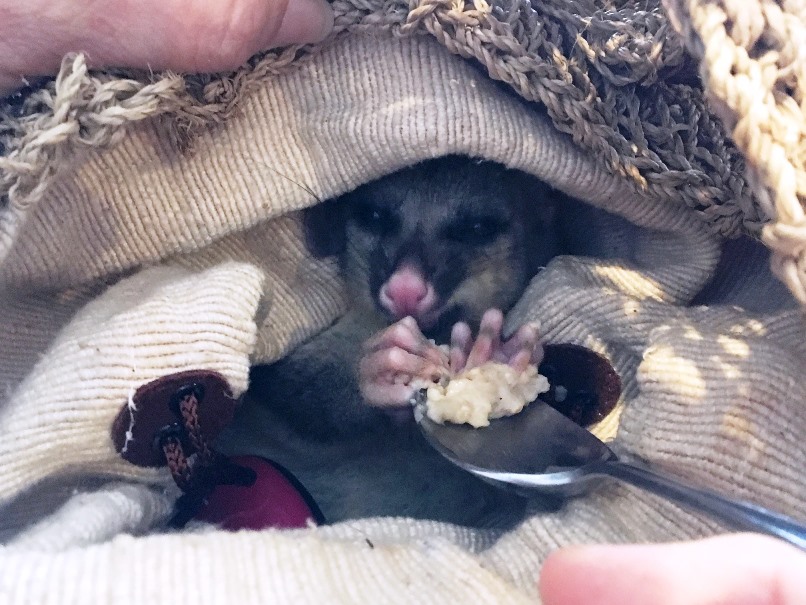