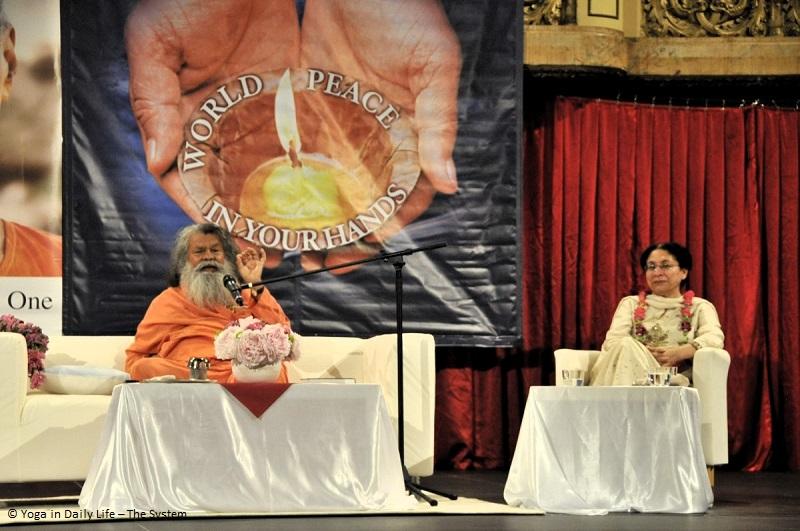 The conference opening took place in the heart of the city of Prague in the presence of Her Excellency Narinder Chauhan, Indian Ambassador to the Czech Republic. 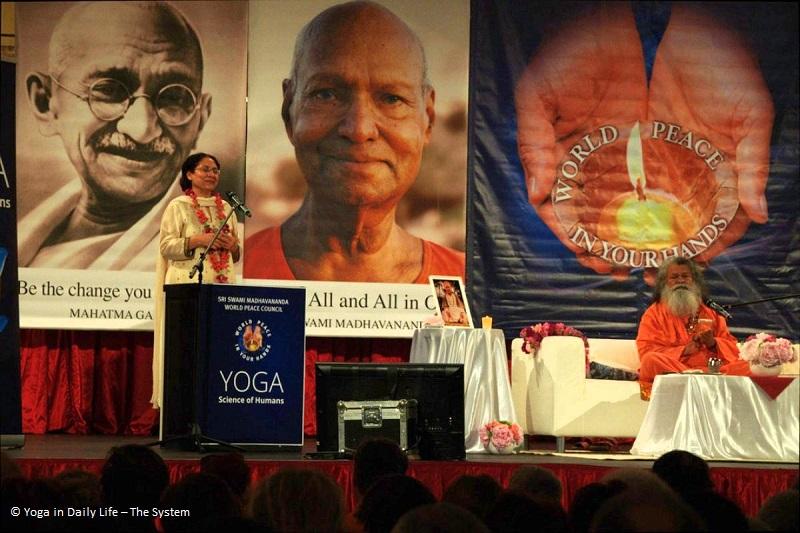 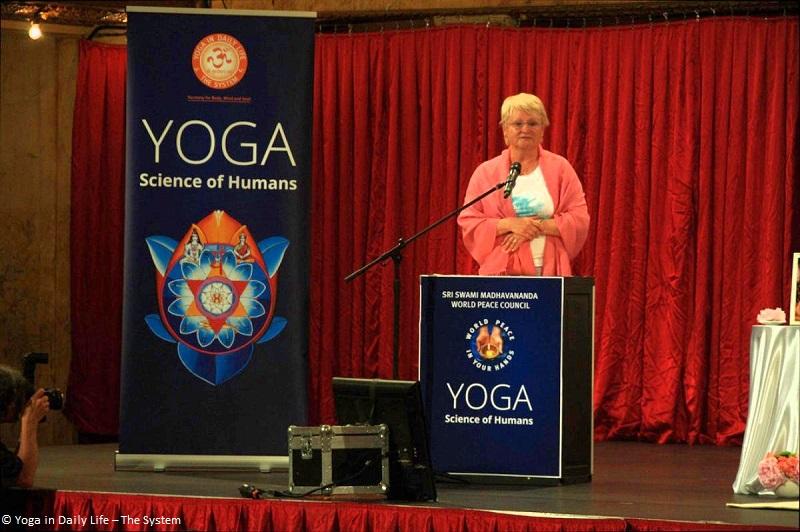 The first conference speaker, was Vice Rector for Science and Research of the Palestra University, Prof. Milada Krejčí, who introduced her research project on Improving postural balance of seniors aged 65+ through Yoga in Daily Life exercise. The intervention was based on Yoga Against Back Pain exercises that can be practiced whilst sitting in a chair. Even the partial results of the ongoing project prove that the seniors experienced significant improvement in both their physical and social health conditions.

Her Excellency Narinder Chauhan thanked His Holiness Vishwaguruji for blessing the city of Prague with his holy presence. She then addressed the audience of 500 people with an account of the many activities organized by the Indian Embassy in June 2019, which has been officially pronounced a 'Month of India' in the Czech Republic. 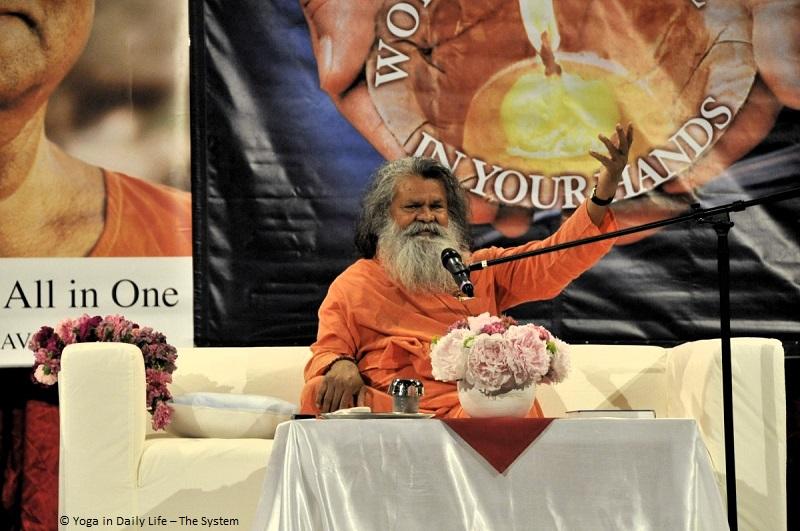 This year, the 150th anniversary of Mahatma Gandhi's birth is being celebrated. The Czech Government kindly agreed to dedicate World Environment Day celebrations on 5 June to Mahatma Gandhi, with the Czech Ministry of Environment donating 150 trees to be planted throughout the whole republic in memory of this event. A special commemorative stamp of Mahatma Gandhi was also issued by Czech Post on 26 June – World Postal Day.

In celebration and embrace of Yoga, the main feast for all the conference participants is the International Day of Yoga. Her Excellency invited all present to the event organized by the Indian Embassy in Prague, under the auspices of the Mayor of Prague, on Strelecky Ostrov – a river island in the centre of the city – on Saturday 15 June from 9am. She requested all the conference participants to attend the event "in large numbers and full force, to show that Prague is a place the entire world should look towards when speaking of yoga."

The last in the series of events Her Excellency invited all to, is the Festival of India – classical Indian music and dance performances in Prague, Brno and Ostrava. The event in Prague will be held at the Musical Theatre in Karlin on 22 June. 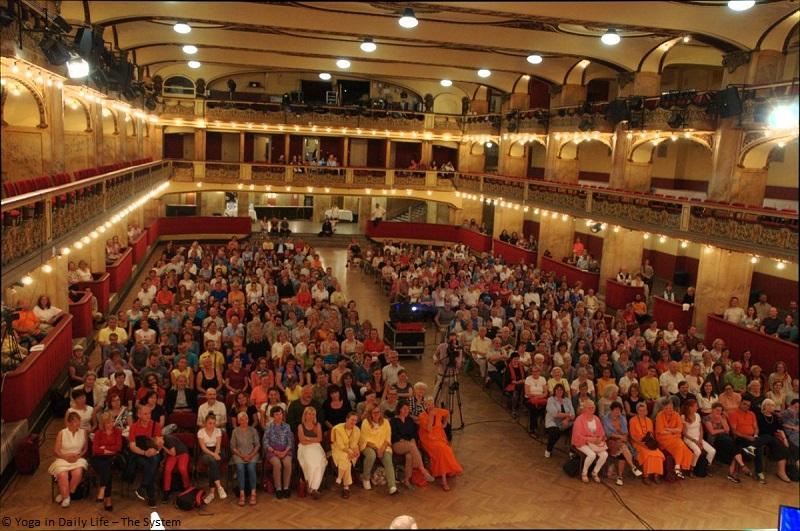 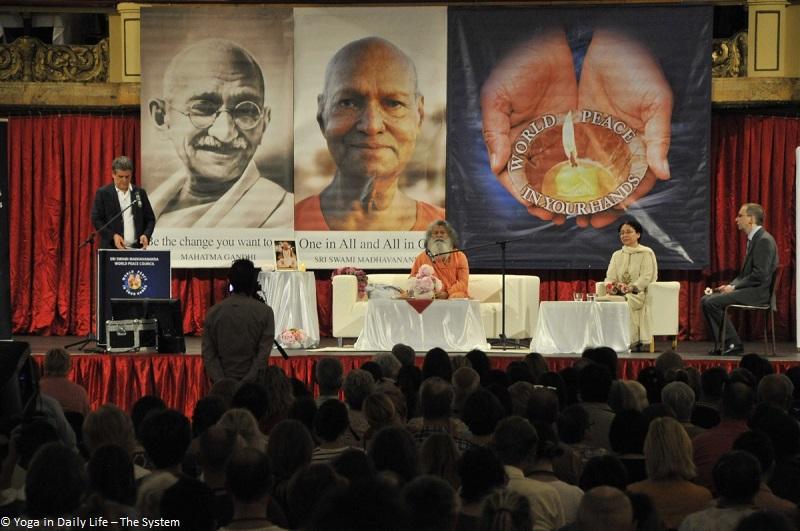 His Holiness Vishwaguruji thanked Her Excellency for all the efforts and dedication she puts into promoting Yoga, ayurveda, the philosophy of ahimsa (non-violence) and Indian culture in the Czech Republic.

He also mentioned that the city of Prague is very spiritual and has a history of great yogis. He stressed the importance of International Day of Yoga celebrations, as it is the day when the Indian and Czech Republics unite. It is a blossoming of the great relations and mutual respect the two countries have.

Vishwaguruji gave a short account of the 45 year history of his work in the Czech Republic, and concluded the conference with a lecture on Destiny of the Soul, in which he stressed the importance of discipline for successful fulfillment of the yoga path and urged the audience to make a vow for their discipline at this very moment.

As the human body is a vessel for the human soul, Vishwaguruji strongly encouraged keeping the body healthy and well nourished with quality vegetarian food; and he reminded the audience of an age-proven technique of self-healing – fasting. He said, "When we advance in yoga, we awaken our inner Swayambhu and can utilize its healing powers."

Vishwaguruji concluded his lecture with an allegory of ocean water:

"A small droplet leaves the ocean in the form of steam, merges into clouds, and then lands with rain on a place that is destined to it. All the time, the droplet longs to merge into the ocean again. Some droplets land in the Sahara, others go directly back to the ocean. In a similar way, the human soul travels through time and space longing to merge into its origin." 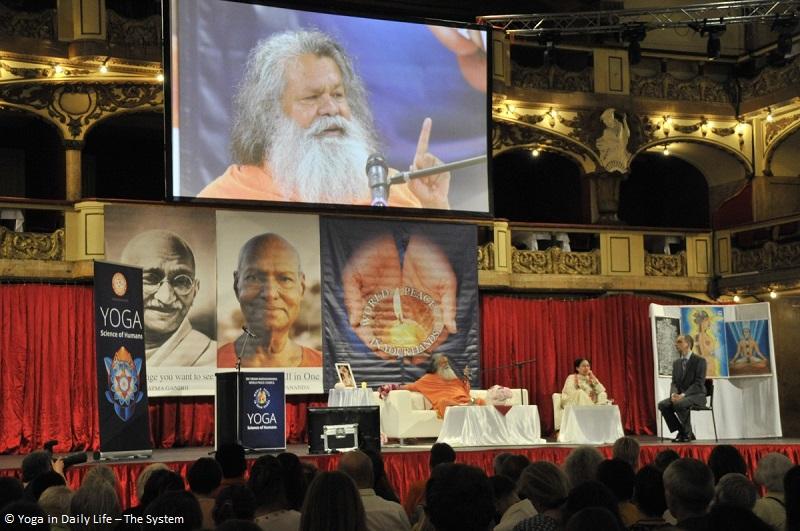 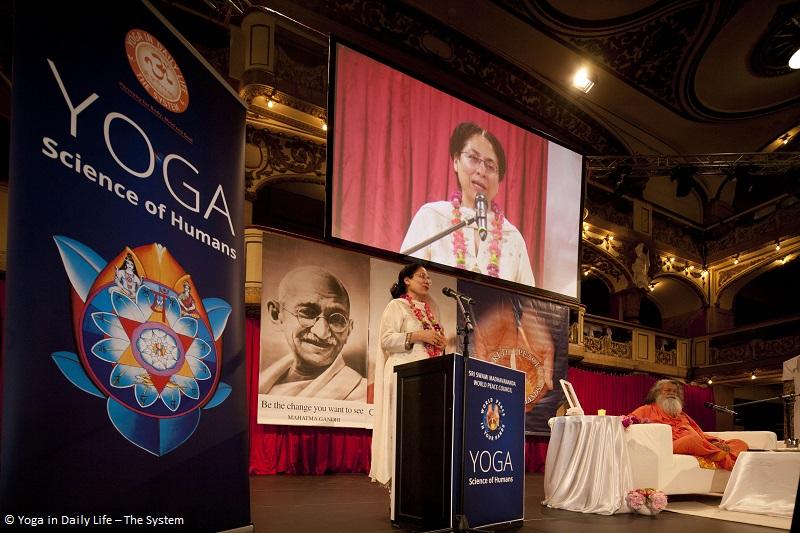 Following the conference, on Saturday 8 June 2019, His Holiness Vishwaguruji inaugurated a beautiful new Yoga in Daily Life Ashram in Prague. See the full report with photos on vishwaguruji.org