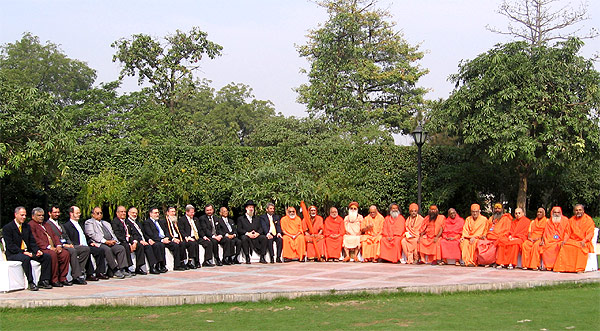 A historic event took place in New Delhi/India, February 5-6, 2007, when Hindu and Jewish religious leaders met for the first time for a two-day dialogue on a range of subjects. His Holiness Vishwaguru Mahamandaleshwar Paramhans Swami Maheshwarananda, author of the renowned system Yoga in Daily Life, also took part in the event as a member of the Hindu delegation, comprised of around 30 Hindu dignitaries. Jewish delegation, led by Israel's Chief Rabbi Yona Metzger, included 20 Rabbis from Israel and the diaspora.

The World Council of Religious Leaders, recognizing the significance of the shared values and views of these two oldest living religious traditions in the world, organized the summit. It has initiated this dialogue in order to bring the collective wisdom of the two religions to bear on active promotion of harmony in these troubled times.

Learned Hindu religious leaders entered into open dialog with learned Jewish Rabbis from Israel and the diaspora. They set out to learn from each other, share knowledge of their respective religious and spiritual heritages, and work together to find effective ways to promote religious harmony.

Among the topics discussed were the relevance of tradition in everyday life, similarities and dissimilarities between the two religions, and education. The purpose behind this inter-faith dialogue was the promotion of understanding, tolerance, peace, and conflict resolution through religion.

It is planned that this historic gathering will lead to ongoing bilateral meetings on shared values and common concerns, many of which were highlighted at this summit.

The summit began with the singing of a traditional religious song of each religion. On the first day representatives of each side – Chief Rabbi Metzger and Swami Dayanand Sarawati – signed a declaration recognizing the values common to the "two most ancient religions in the world", condemning all religion-based violence, and announcing the formation of a permanent Jewish-Hindi committee. The event took place in a very pleasant and vibrant atmosphere.

The participants affirm that: 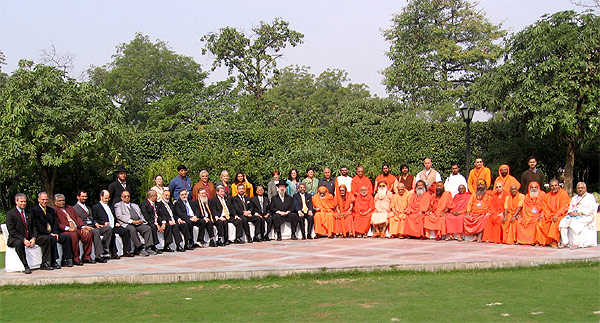 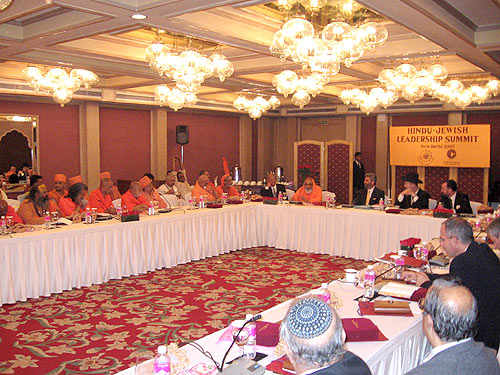