﻿Himalayas and their mystical legends in yoga and spirituality

During September this year, the fourth Yoga in Daily Life pilgrimage tour took place to sacred holy sites in the magnificent Himalaya, in the presence of Vishwaguru Paramhans Sri Swami Maheshwaranandaji, founder of the Yoga in Daily Life system.

He had been searching for many years and finally, through the great efforts of his devout disciple Sadhvi Shanti, the origins of his spiritual master lineage, OM Sri Alakhpuriji Siddhapeeth Parampara, was found.

You can see more about this year's journey at Vishwaguruji.org

The name Himalaya comes from two Sanskrit words, 'hima' and 'alaya', which mean 'snow' and 'abode'. The mountains have a significant role in Buddhism and Hinduism, as well as Vaishnavism.

In Hinduism, the Himalayas were personified as Lord Himavat, the father of Parvati, who was the wife of Lord Shiva. The greatness of the Himalayas is mentioned in ancient scriptures such as Shiva Purana, where they are described as the 'abode of Shiva', the supreme ascetic yogi, who lived there and practiced great penance, or tapasya.

In other poems and scriptures, the Himalaya has been symbolized as the sacred place of self-realization. 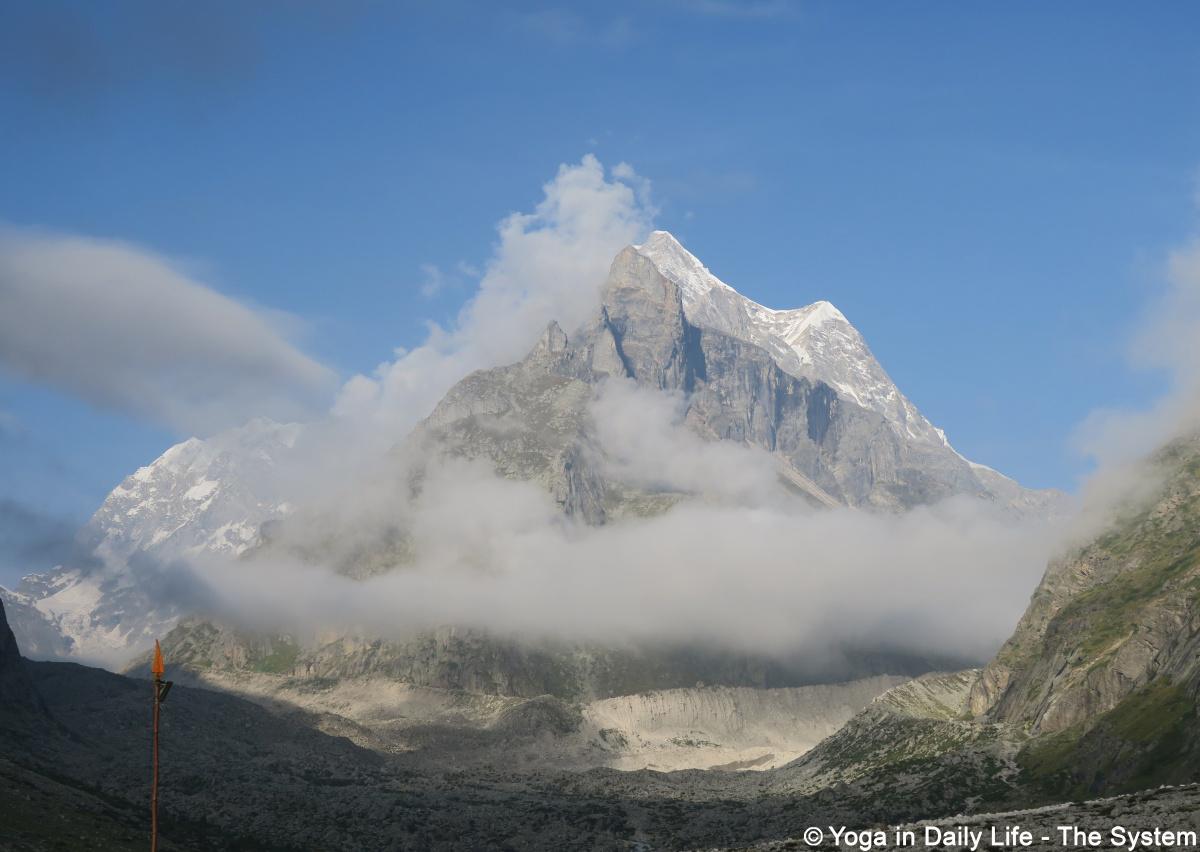 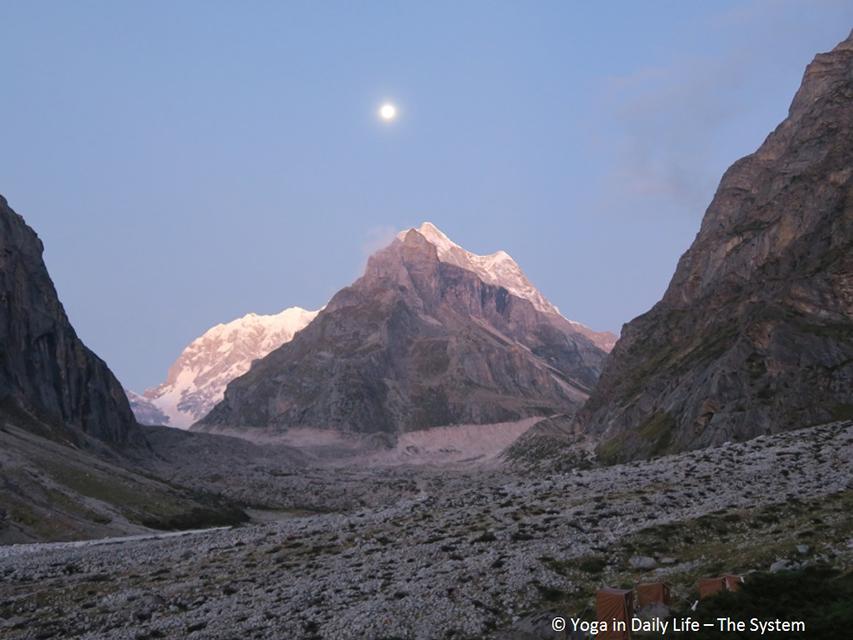 It is a fact that sages, yogis, philosophers and spiritual seekers have searched for peace, solitude and serenity among the giant rocks of the mountains. These great yogis and saints appreciated the protection of the rocks and caves of the Himalayas, finding the solitude they sought amongst these great peaks. They performed their abhyasa (yogic practices) and developed vairagya (detachment) far away from civilization, in order to reach their spiritual aim.

There are scriptures, Puranas, which mention that one can be liberated from worldly transgressions by gazing on the mighty mountains, which can wash all sins and open the doors of self-realization; and there are indeed many examples of great yogis who reached self-realization in the caves of the Himalayas.

Undoubtedly, the majestic high hills and the surrounding nature have a sublime energy and one can easily unite with the magnetic atmosphere of these great mountains, detaching from worldly emotions and thoughts, and become merged with the immense space.