﻿Official celebration - 30 years of Yoga in Daily Life in Slovenia

The Slovenia Yoga Union organised an official celebration of 30 years of Yoga in Daily Life (YIDL) being formally taught in classes and programs in Slovenia.

The Slovenian Yoga in Daily Life community was graced by the presence of YIDL Scientific System author and founder, His Holiness Vishwaguru Mahamandaleshwar Paramhans Sri Swami Maheshwarananda. At the same time, the gathering for this notable anniversary was honored by the presence of the President of the National Council of Slovenia, Mr. Alojz Kovšca and His Excellency Pamajit Mann, respected Ambassador of the Republic of India to Slovenia, as well as a further two more Mahamandaleshwars from YIDL – Mahamandaleshwar Swami Gyaneshwarpuriji and Mahamandaleshwar Swami Vivekpuriji, both dear 'yoga brothers' from Croatia, which, along with Slovenia, is one of the countries of the former nation of Yugoslavia, initially visited by Vishwaguruji more than 30 years ago.

After an inspired introductory tune by musical artist Mina Kunstelj, the roots of Yoga in Daily Life in Slovenia were presented by Slovenia Yoga Union president Mr. Jože Sraka. The presentaion told how in 1988, members of YIDL Novi Sad (in Serbia) organised a Yoga Seminar in Pohorje, Slovenia, which was inaugurated and guided by Vishwaguruji and his beloved teacher Hindu Dharmsamrat Paramhans Sri Swami Madhavananda, or 'Holy Guruji', as he was fondly addressed by devotees. Several Slovenians attended that seminar, among them the doyen of YIDL in Slovenia, Mr. Jože Gal, now deceased. The spark was lit and in 1989 the first four YIDL Associations were registered in Slovenia. It was in 1990 when Vishwaguruji then held his first public lecture in Cankarjev Dom cultural centre in Ljubljana, capital of Slovenia.

His excellency Mr. Paramjit Mann congratulated the assembled YIDL teachers and practitioners, and declared that Vishwaguruji is the real ambassador for India and Indian culture and heritage. He applauded the Slovenian Yoga in Daily Life community and expressed his wish to return to Slovenia, along with all present, to celebrate 50 years of YIDL in Slovenia in 2039.

Prior to Vishwaguruji's address the audience, organisers played the latest video on the OM Ashram – the spiritual education and research center in Jadan, Rajasthan, India; a project initiated by Vishwaguruji that is dedicated to the protection of all life, the environment and world peace.

In his speech, Vishwaguruji, as honored guest and main speaker, explained the importance of spirituality in modern life. He pointed out that it was also in Slovenia where Yoga practitioners registered AYUSH Europe, a unique organisation, dedicated to the promotion of authentic Ayurveda, Yoga and other Indian health and wellbeing traditions, with activities of accreditation, quality control and quality maintenance in those fields.

Vishwaguruji thanked the Slovenian Yoga community for their dedication and devotion, and blessed all who attended the event as well as all citizens of the Republic of Slovenia.

After Vishwaguruji, the president of YIDL Maribor, Professor Dr Dejan Dinevski, briefly explained the scientific effects of regular practice of Yoga in Daily Life. The audience was then addressed by Mahamandaleshwar Swami Gyaneshwarpuriji, who now resides in Jaipur Ashram in India.

It was then time for yet another special guest of the Slovenian celebration – OM Ashram architect, Swami Yogeshpuriji, who was born in Slovenia.

The Slovenian Anniversary Celebration official event concluded with the much-loved Slovenian celebrity and YIDL practitioner, Rok Terkaj, performing his unique bhajan (devotional song) in rap style, which completely energised the audience before they departed for the reception, held after the formal part of the celebration. 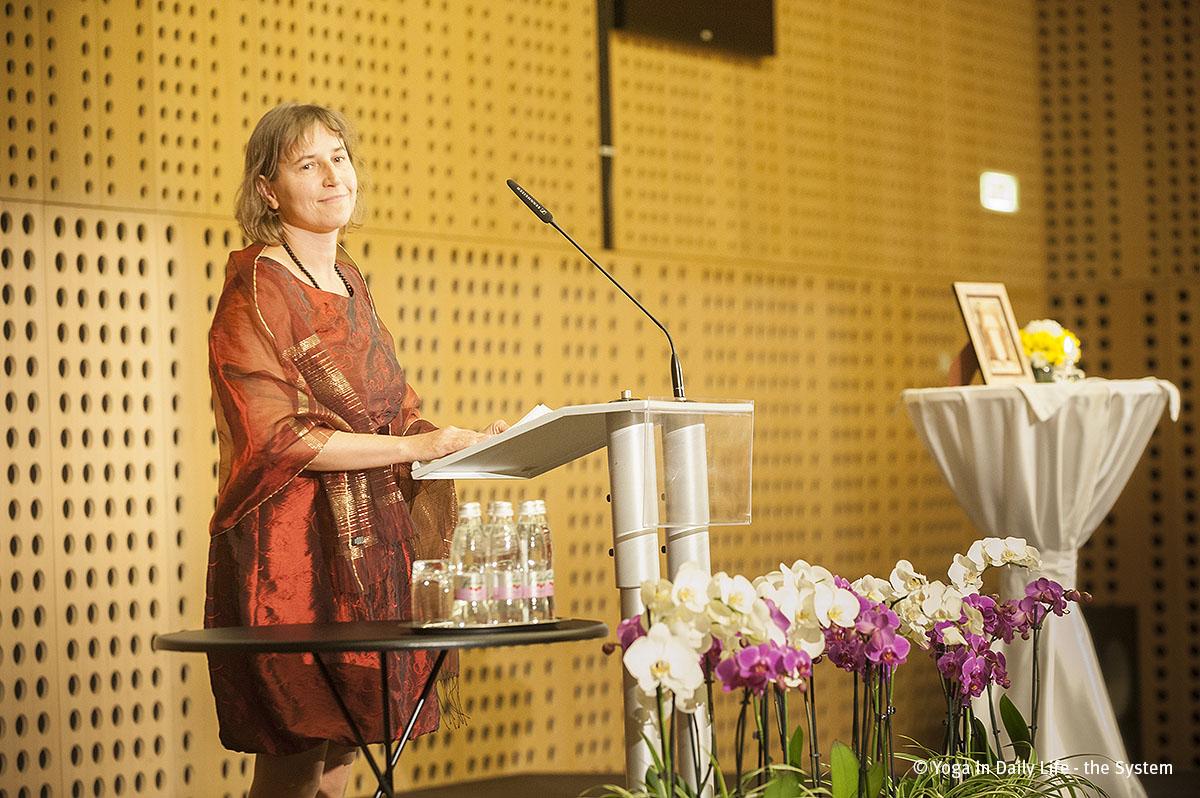 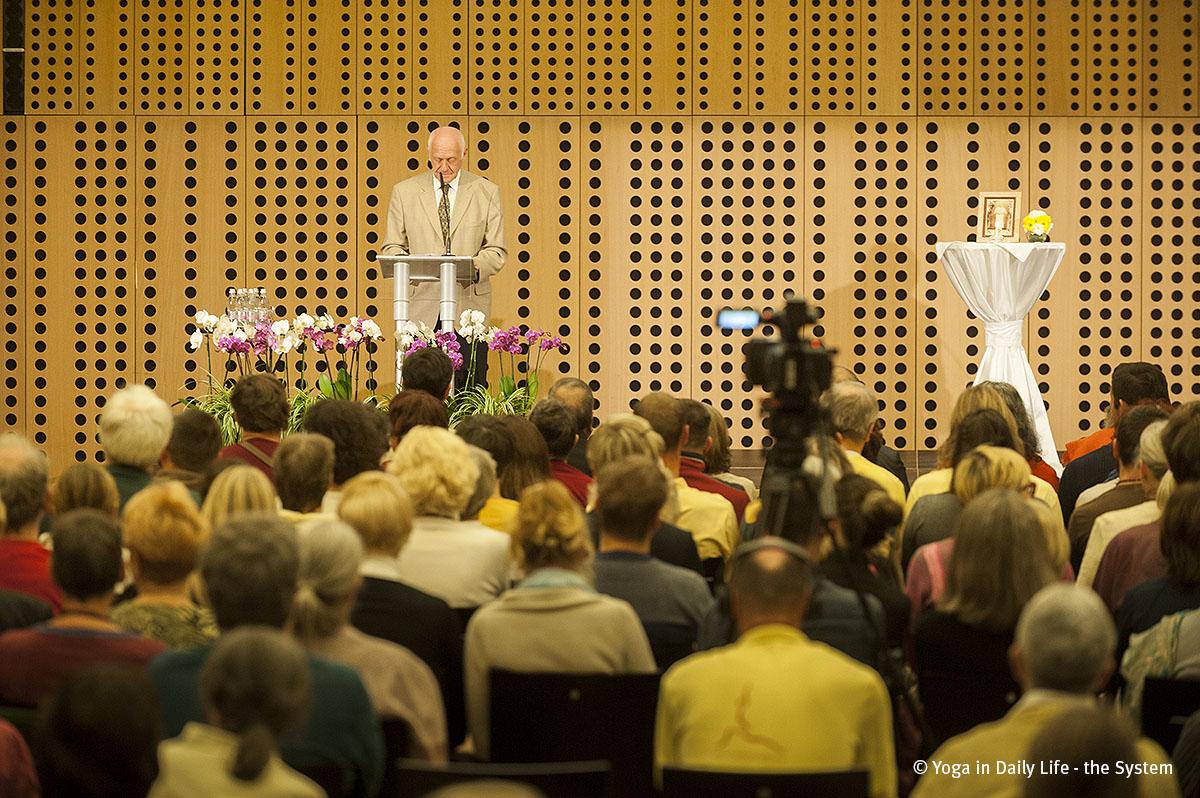 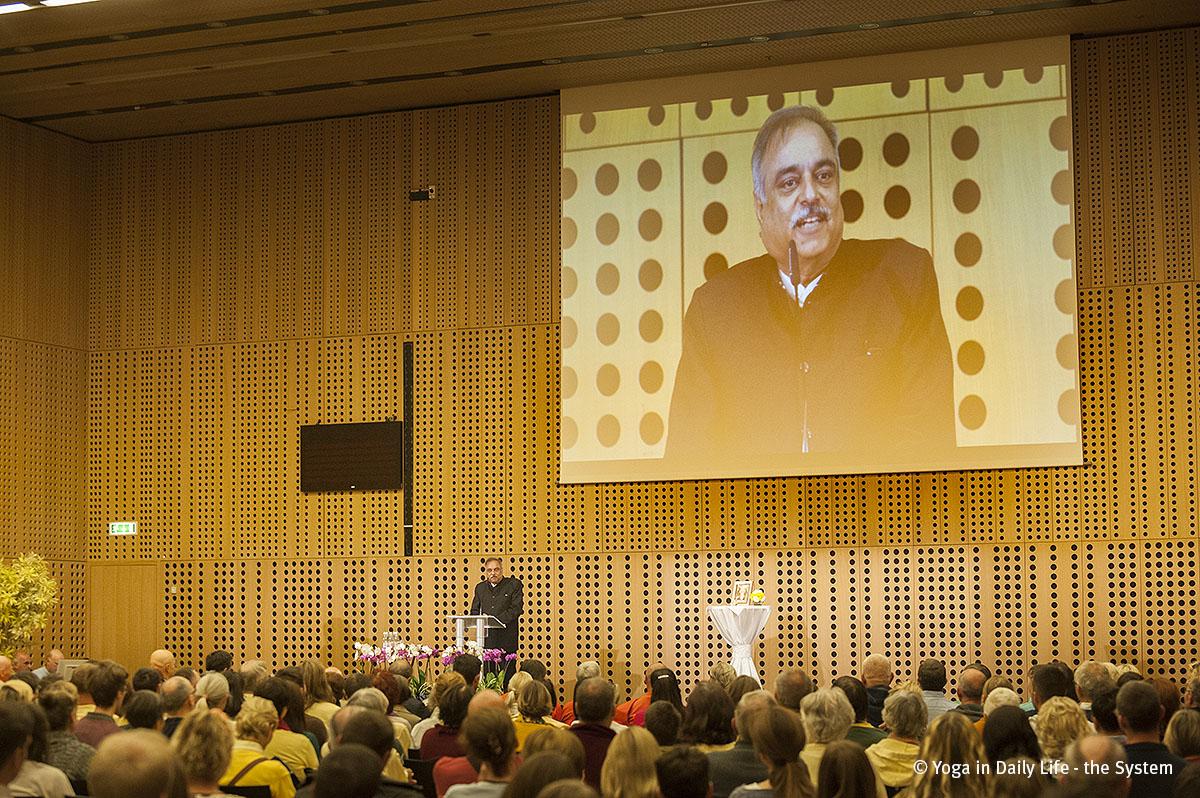 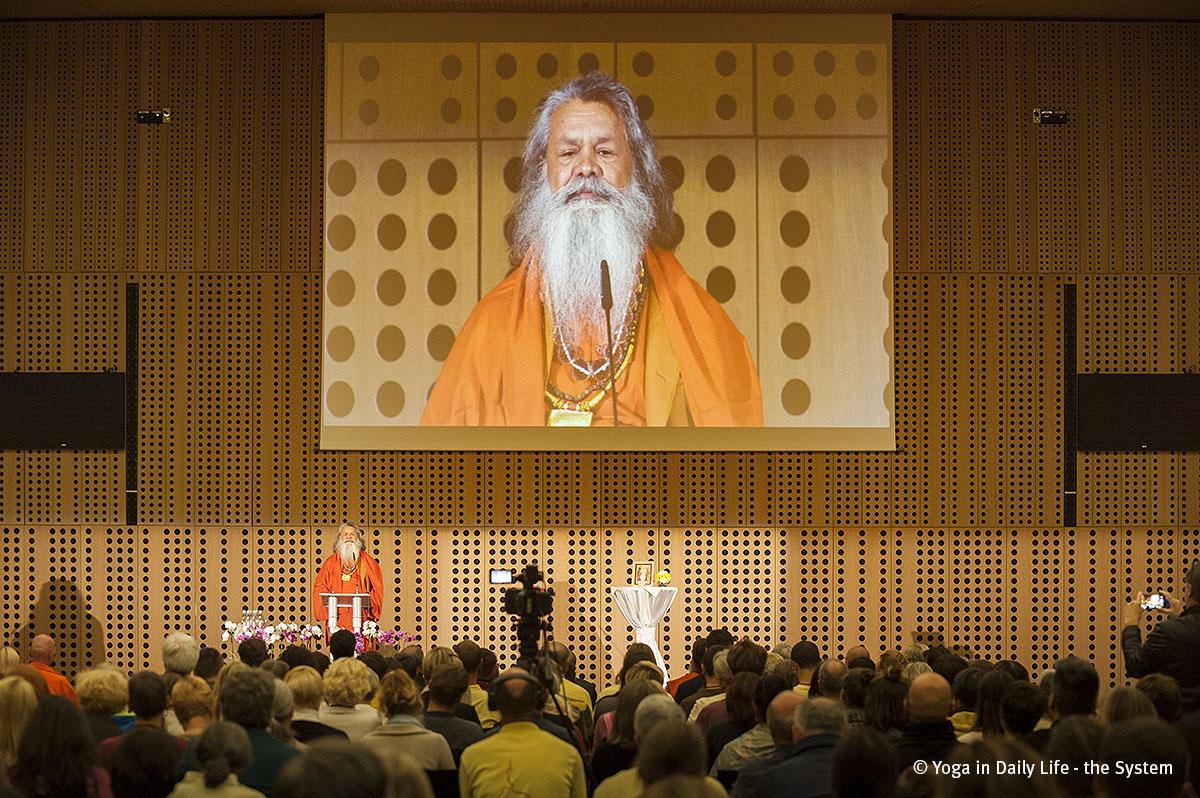 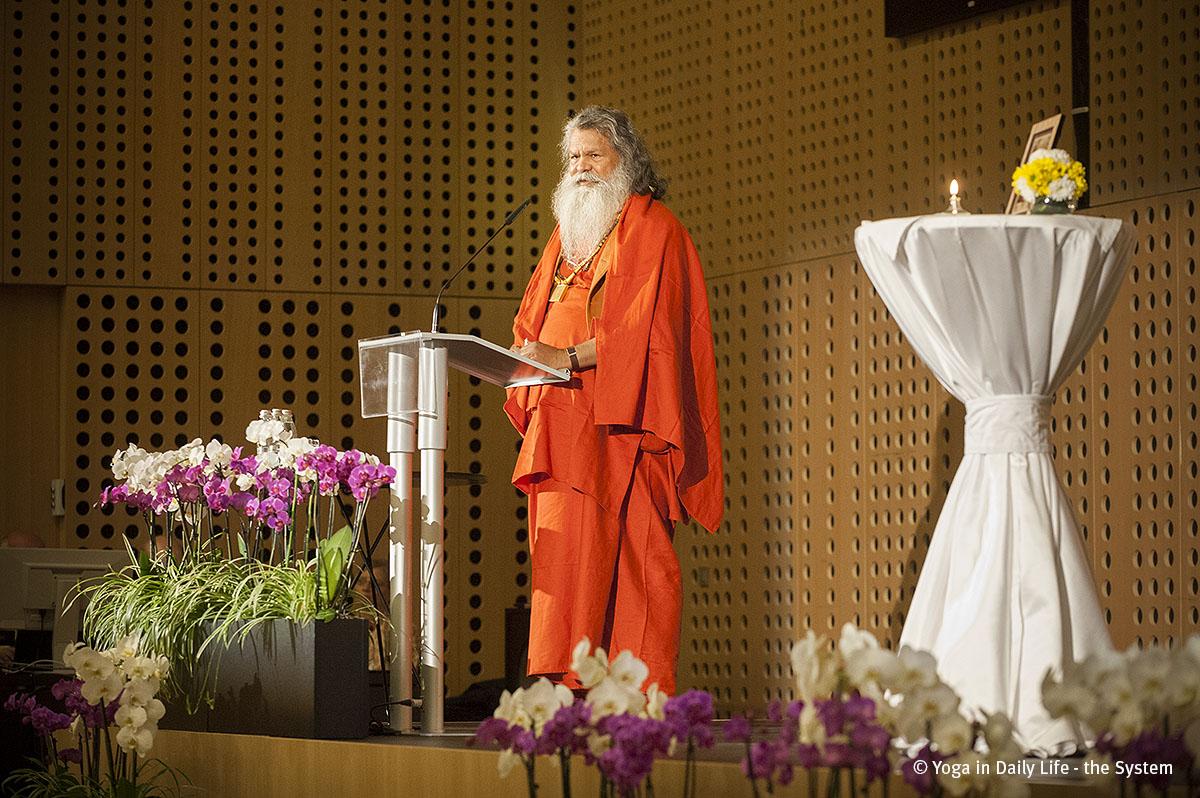 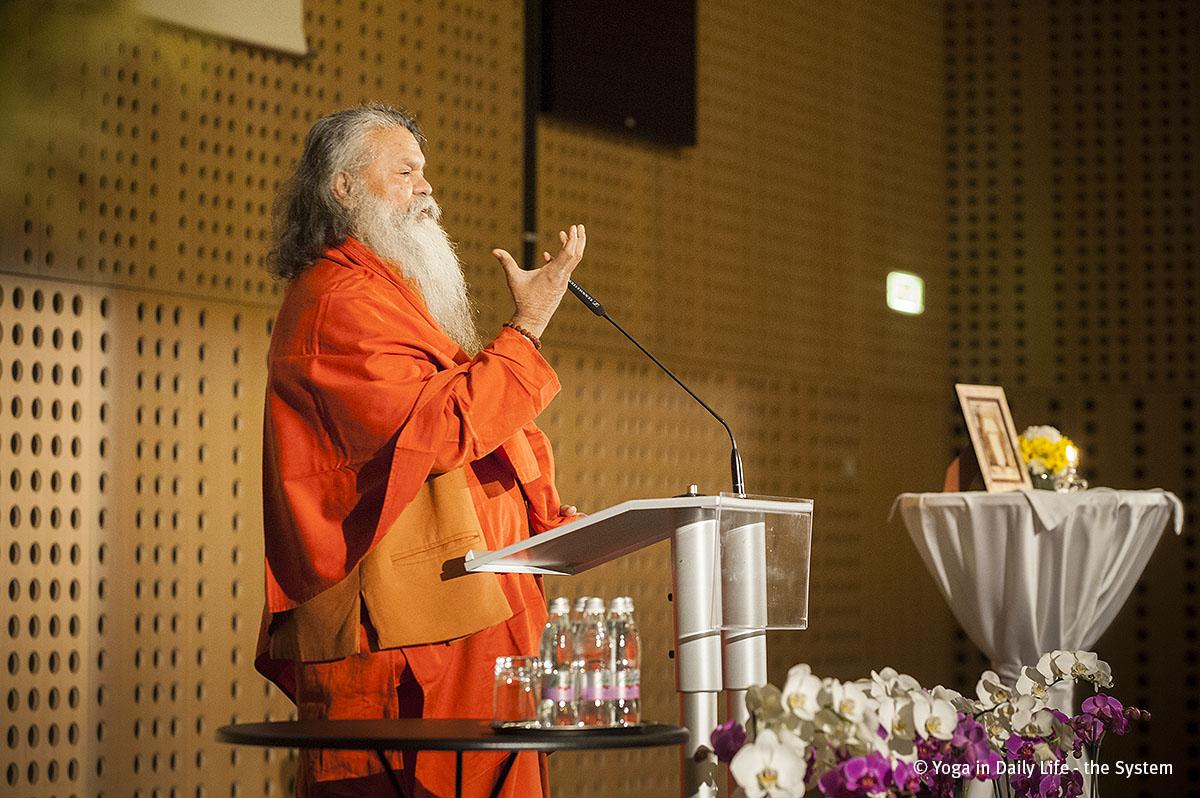 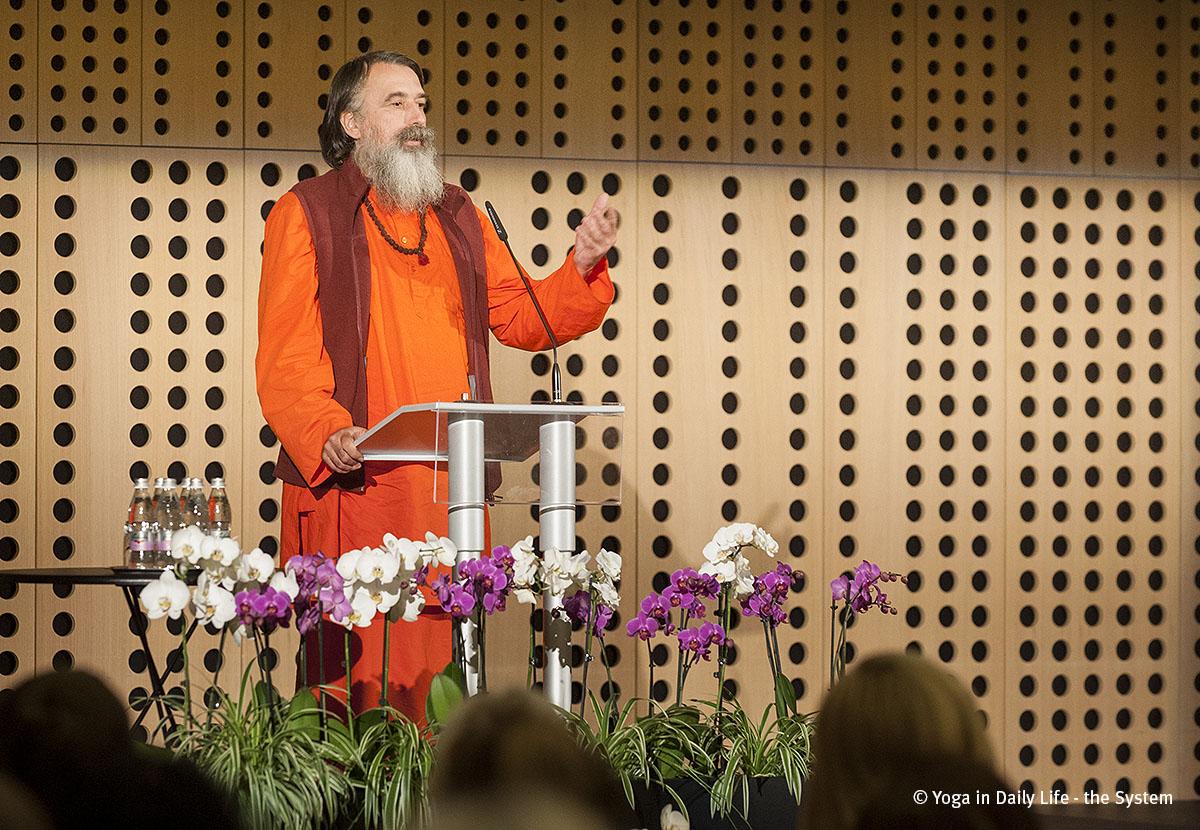