The Peace Tour through Australia is in support of world peace, the UN Millennium Development Goals, UN RIA plus 20 and the work of the Earth Charter Initiative. 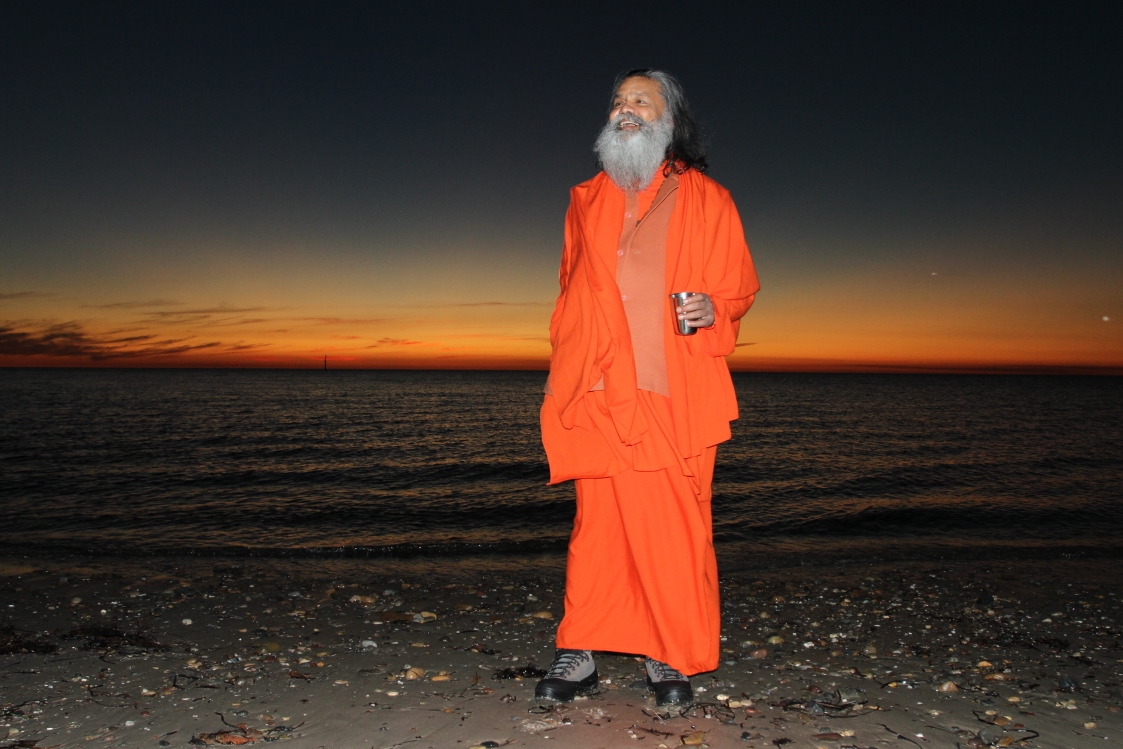 Gurudev was invited by Adelaide authorities and the director of Tauondi Aboriginal Community College for an exchange of gifts for peace, friendship and reconciliation. Swamiji gave the college a Peace Tree to plant on their land. The staff and students were very pleased as they have been waiting for a visit from His Holiness for two years.
Every evening we had beautiful satsangs and lectures with Swamiji, also prayer at sunset on the beach, and one of the lectures was held at the Theosophical Society in Adelaide.

Our journey through the Australian desert began on 18th April. This was a very auspicious day, it being both a Full Moon day and Hanumanji’s birthday. In addition, the Mayor of the city, plus Father David, and many community members and devotees from Adelaide wished Swamiji and the group a safe journey. The premier of South Australia, Mike Rann, was on an official visit to China and sent Swamiji good wishes for the Peace Tour.

In the afternoon we arrived at Port Augusta, where Gurudev was welcomed by Mr Ray Martin, a representative from the Port Augusta Council, as well as journalists and members of the local yoga and environmental communities. The community at Port Augusta have been waiting for Gurudev’s darshan for a year now and the welcome at the Arid Lands Botanical Gardens was a warm and joyful one. His Holiness planted a Peace Tree in the gardens, overlooking the expansive water of the Spencer Gulf and the scenic Flinders Ranges. It was a beautiful occasion in the spirit of peace and the memories will stay with us all life long.

On 19th of April we continued our way through the pristine desert.  We visited an amazing salt lake, Lake Hart, admiring its beauty. We settled at a nice camping place called Ingomar. Mr. Andrew Japaljarri Spencer, a tribal elder of the Warlpiri people welcomed Swamiji there. He gave Swamiji a present, a beautiful painting from his family, and a message from the Aboriginal people of Australia. They have been looking forward to Swamiji’s visit for a whole year.

On 20th April we travelled forward through the peaceful desert, filled with unusually green bushes after a rainy summer.  On the way we stopped at Coober Pedy to visit a peaceful Christian underground church. In this area there are thousands of opal mines, this is what makes the place the world’s top opal region, but the natural landscape of the desert suffers greatly at the same time.

We found a nice place near a Highway where we put up a camp of tents and campervans. In the evening we gathered around the camp fire for a divine satsang with Gurudev under the immense southern sky.

On 21st April our caravan of 10 vehicles and 40-50 people from Australia, New Zealand and Europe continued our journey through the desert further up north and on 22nd April we crossed the border into the Northern Territory and continued our Peace Tour towards Uluru; but slowly ,as the joy of our souls is overwhelmed by the journey in the beauty of the endless desert with our beloved Gurudev, Swamiji. 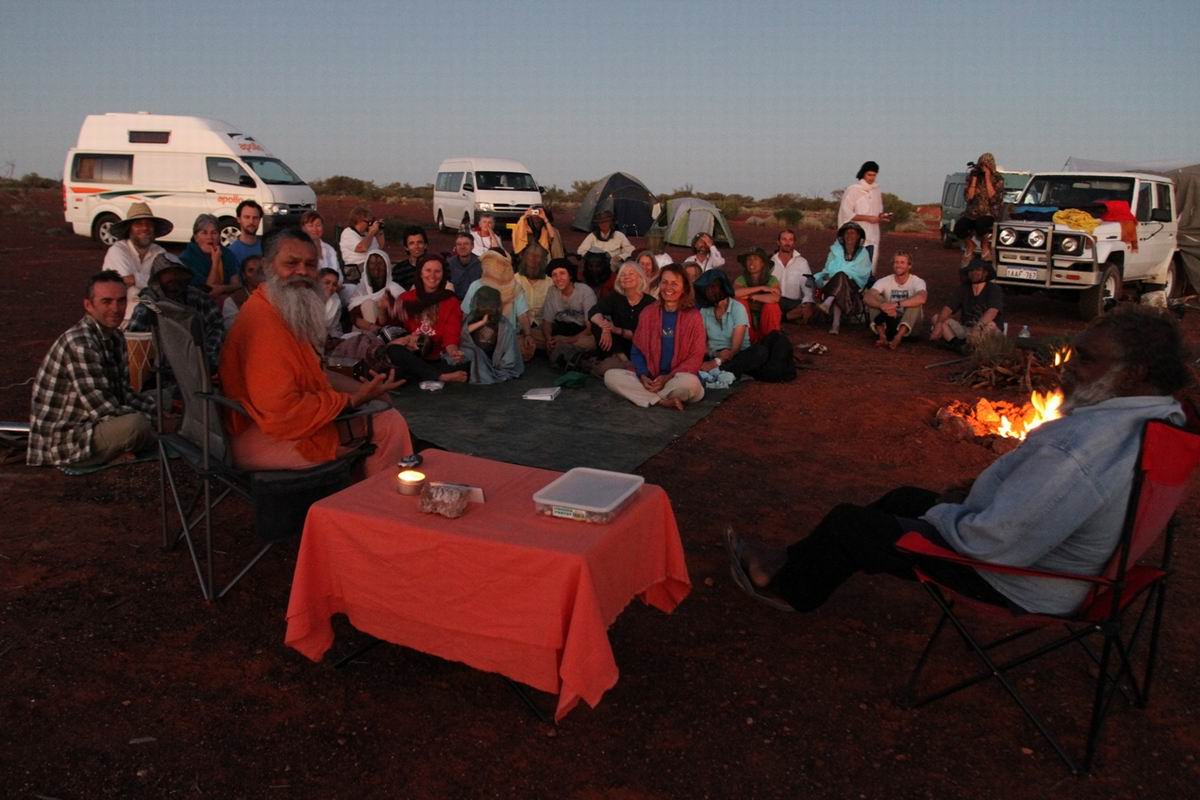