20 years of Yoga in Daily Life in Split​, Croatia​ 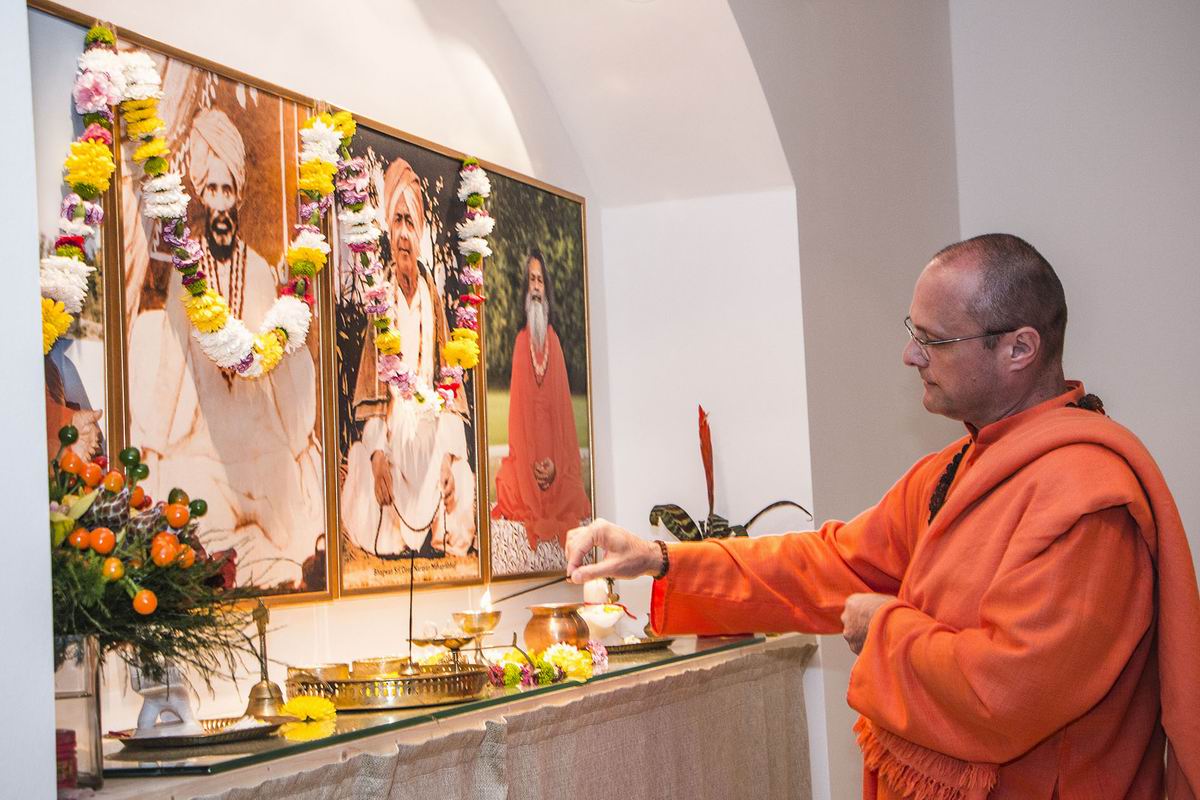 The celebrations began on Friday 21 October with a public lecture titled 'Yoga for the Modern Man', given by Mahamandaleshwar Swami Vivek Puri at the Marko Marulić City Library. The audience filled the hall to the last seat, and Swami Vivekpuriji gave a clear description of the mental condition and problems of human​s today​ from a yogic point of view - where these problems come from and, most importantly, how yoga helps us to become aware of, understand and remove these problems, using specific yoga techniques.

On Saturday 22 October, the anniversary celebrations continued at the opening of a new yoga center in Split - Sri Devpuriji Ashram in Dubrovačka Street 3.

Along with members of Yoga in Daily Life, the opening was attended by Mr. Mahendra Singh Patiyal, the First Secretary of the Indian Embassy to Croatia; Mr. Nikola Horvat, representative of the City of Split, Head of Department of International Affairs; Mr. Duišin Đunić, chief editor of online resource site Atma; representatives of the Yoga in Daily Life National Center, Mahamandaleshwar Swami Vivekpuriji and Sadhvi Anandiji; and members of other spiritual schools of yoga in Split.

The program began with the ceremonial lighting​ of an​ oil lamp and blessing of the new yoga center and all present. Antonija Čelan Anuradha danced the traditional Indian dance Odissi, which vividly portrayed an atmosphere of ​the rythym and spirit of India.

As Swami Vivekpuriji expressed in his speech, the new Split Ashram is another beacon that will light the way for all who want it, and its beauty is ​a​ reflection and crown of 20 years of work of all who have founded, worked in, and maintained YIDL in Split over the years.