The XXXI  International Festival Sarajevo – “Sarajevo Winter 2015”– a traditional cultural and artistic event taking place in the capital of Bosnia and Herzegovina. The program consists of Theatre plays, Concerts, Movies, Fine Arts Exhibitions, Panel Discussions, Literary Events, Architectural presentations….
The Festival will be held under the motto “INFINITY“ The XXXI International Festival Sarajevo “Sarajevo Winter 2015” will, as every year, represent a meeting of artists from Bosnia and Herzegovina and 41 other countries from all over the world.
The guest of honor this year's festival is The Republic of India.

The opening day of the Festival started during a snowy morning with the performance of "Yoga in Daily Life", which was held on the foundations, of “The Austrian House”, a symbol of multicultural events in Sarajevo, which was devastated during the war. It would symbolically present a change in our society and a new commitment to tradition and crystallization of contemporary creativity. 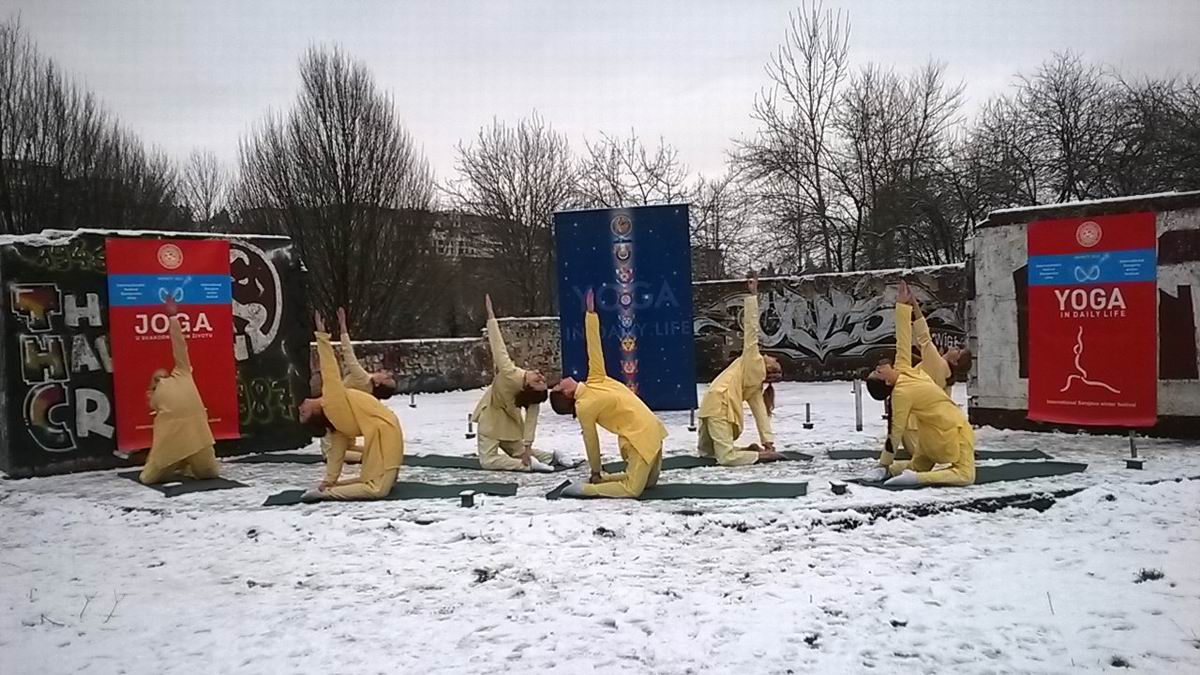 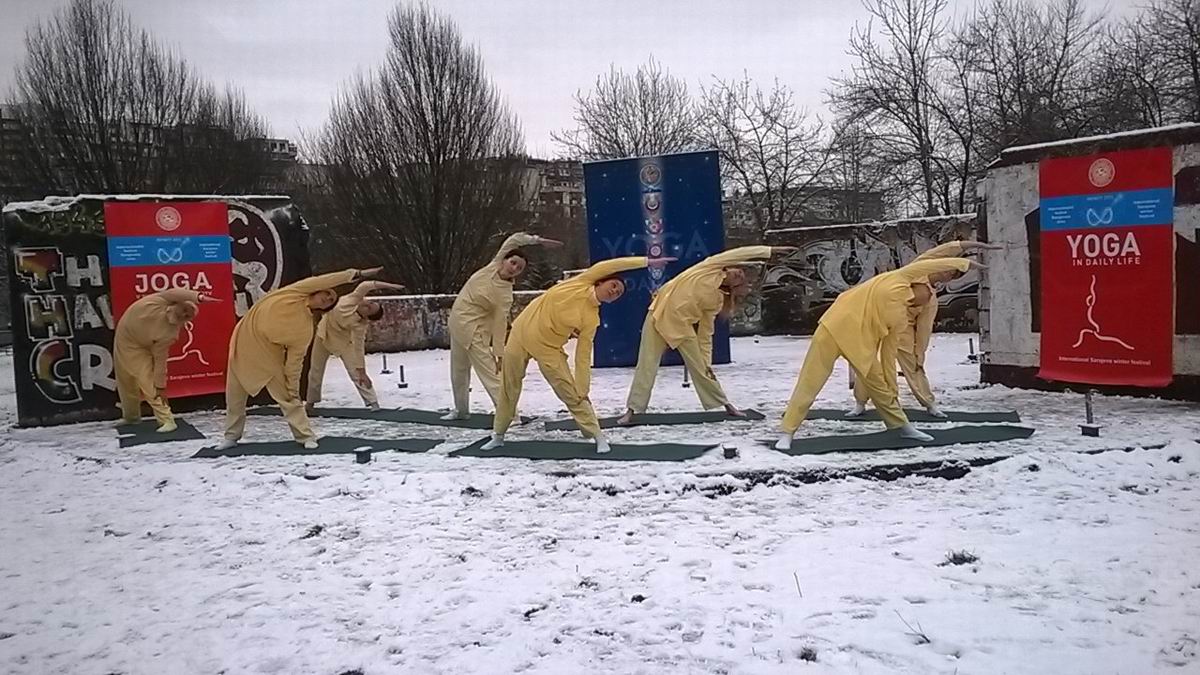 That night in the "National Theatre", 31st International Sarajevo winter festival - Infinity2015 was officially opened by the Chairman of the Presidency of Bosnia and Herzegovina HE Mladen Ivanić. "Yoga in Daily Life" started the Opening Ceremony. During the ceremony, in the harmonic rhythm of especially composed Infinity music, in one “Khatu pranam” performance we presented “Yoga in Daily Life” as a connection between India and the symbol of this festival – Infinity. 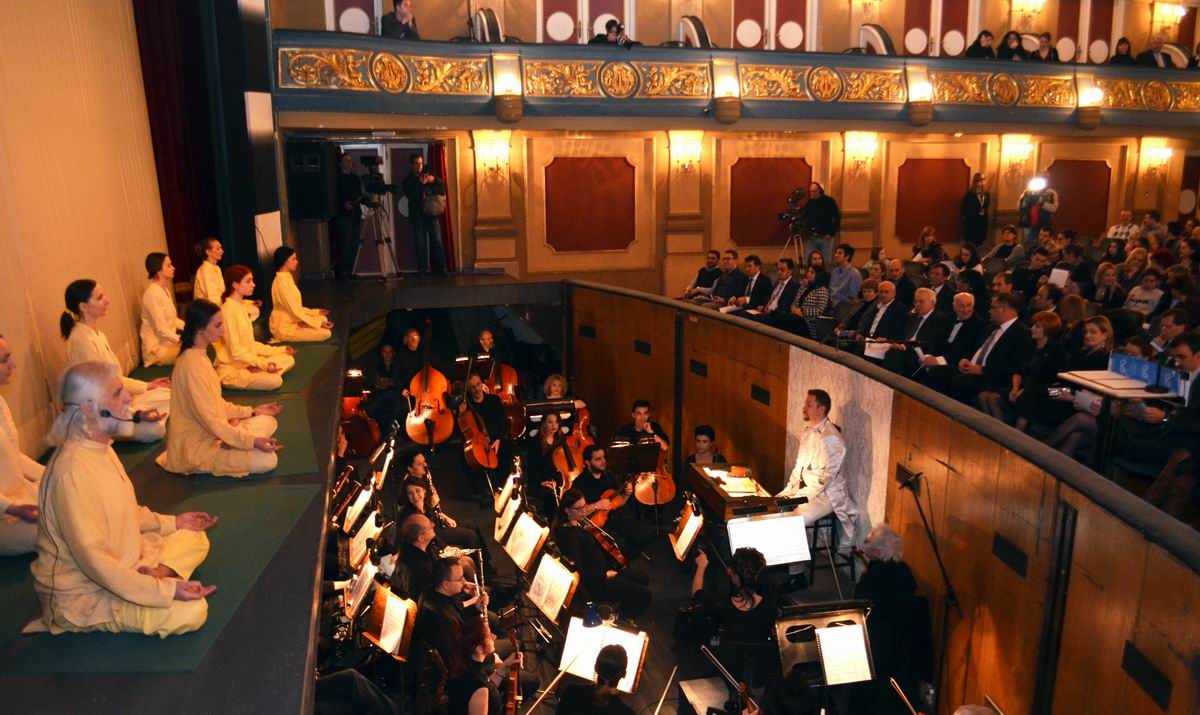 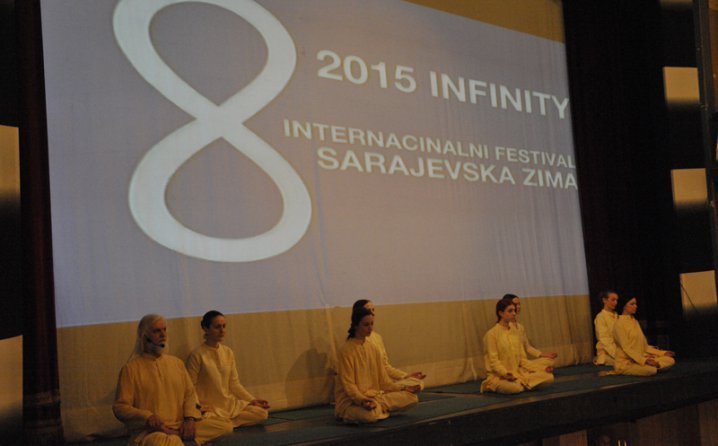 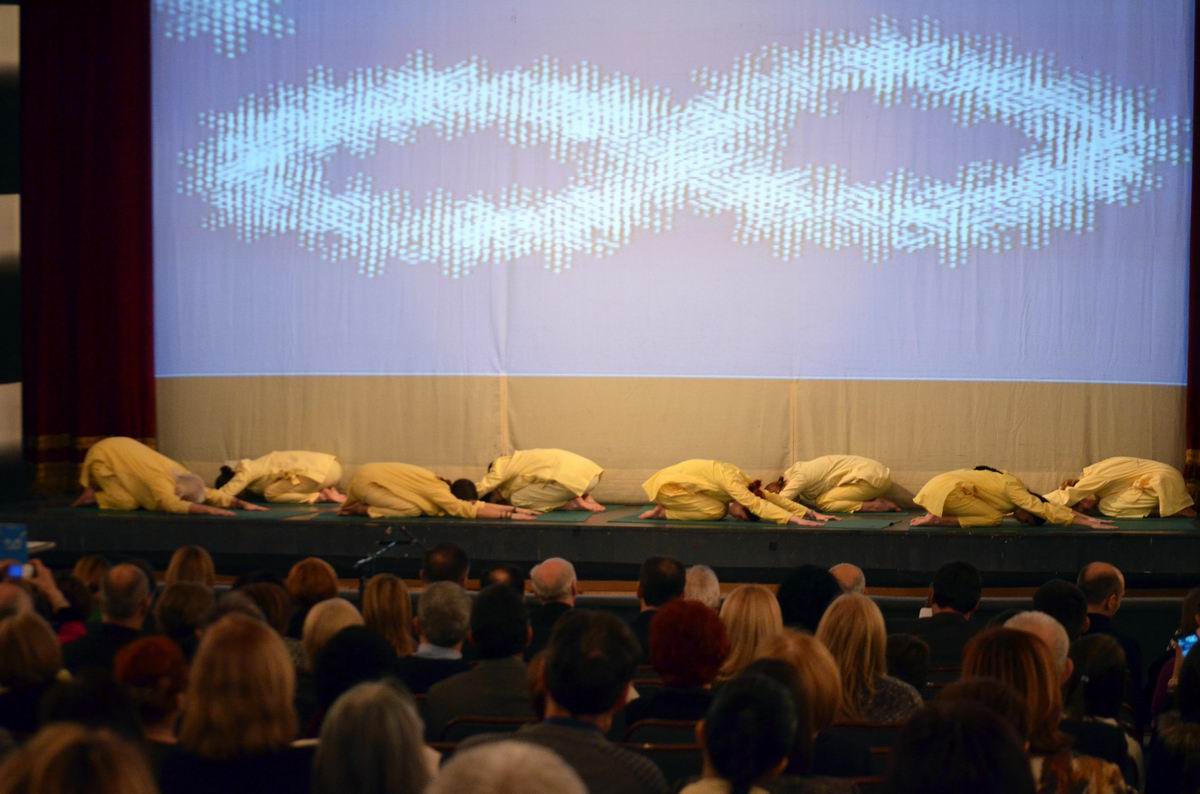 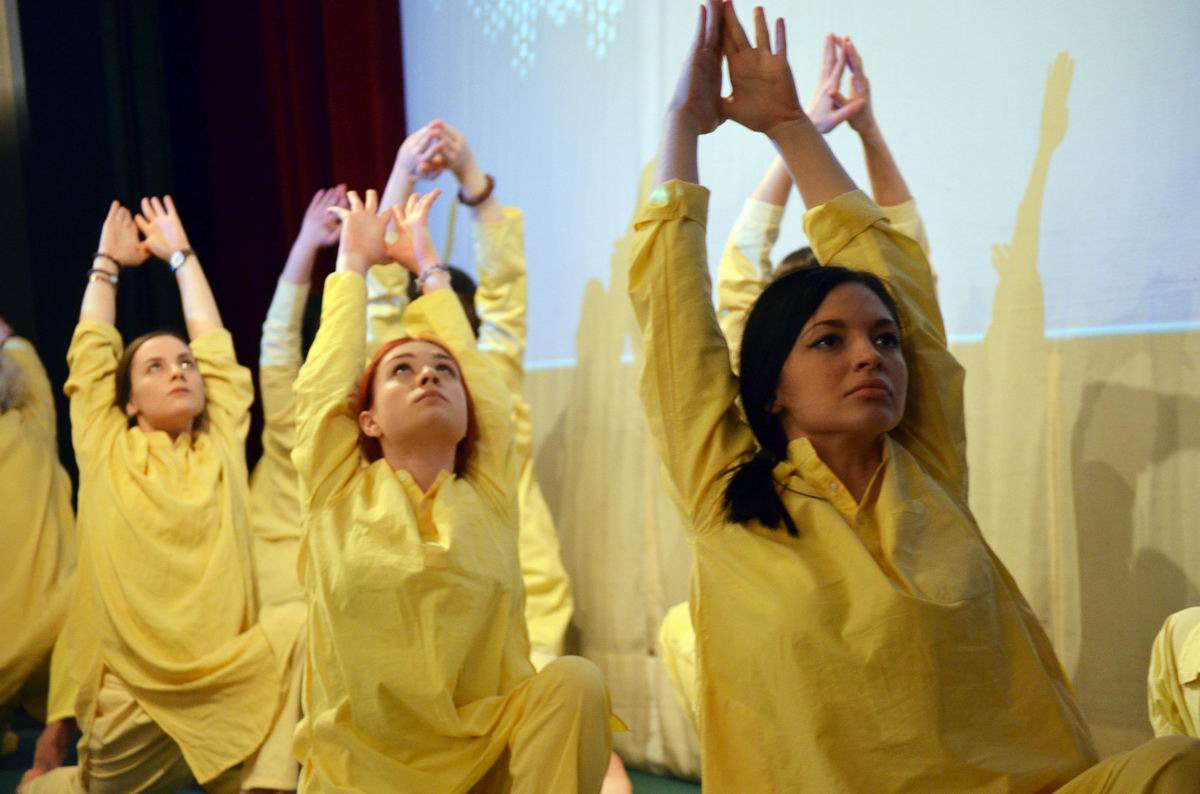