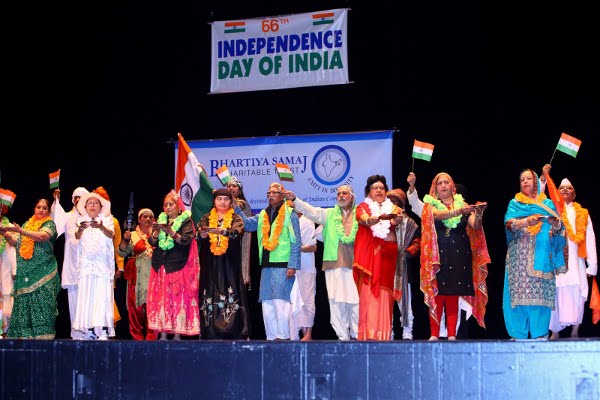 On Sunday, 12th of August 2012, Bhartiya Samaj Charitable Trust celebrated the landmark event in the history of India, ‘The 66th India Independence Day’, at the heart of the city Auckland. The celebration began with the flag hoisting ceremony at the Aotea Centre. The flag hoisting ceremony was followed by the opening of the cultural program inside the ASB Theatre. The Cultural program commenced with some festive speeches, and continued with vibrant and colourful performances from the different community organisations, music & dance academies and cultural groups and gave a glimpse of the ‘Unity in Diversity’ and the rich cultural heritage of India.