Vishwaguru Paramhans Swami Maheshwarananda completed his historic first visit to Cuba this week with further cultural exchanges and the planting of Peace Trees. In recognition of his decades of promoting yoga and humanitarian activities, and this personal visit to Cuba, the Casa de Iberoamerica, cultural center of the city of Holguin, awarded him a Golden Plaque with the symbol of the city. The award was authorized by the highest levels of the Provincial Government.

On his last day, Yoga in Daily Life (YIDL) practitioners from Cuba and several other countries joined Vishwaguruji and government officials in planting two World Peace Trees. They will serve as living symbols of peace and understanding among nations. 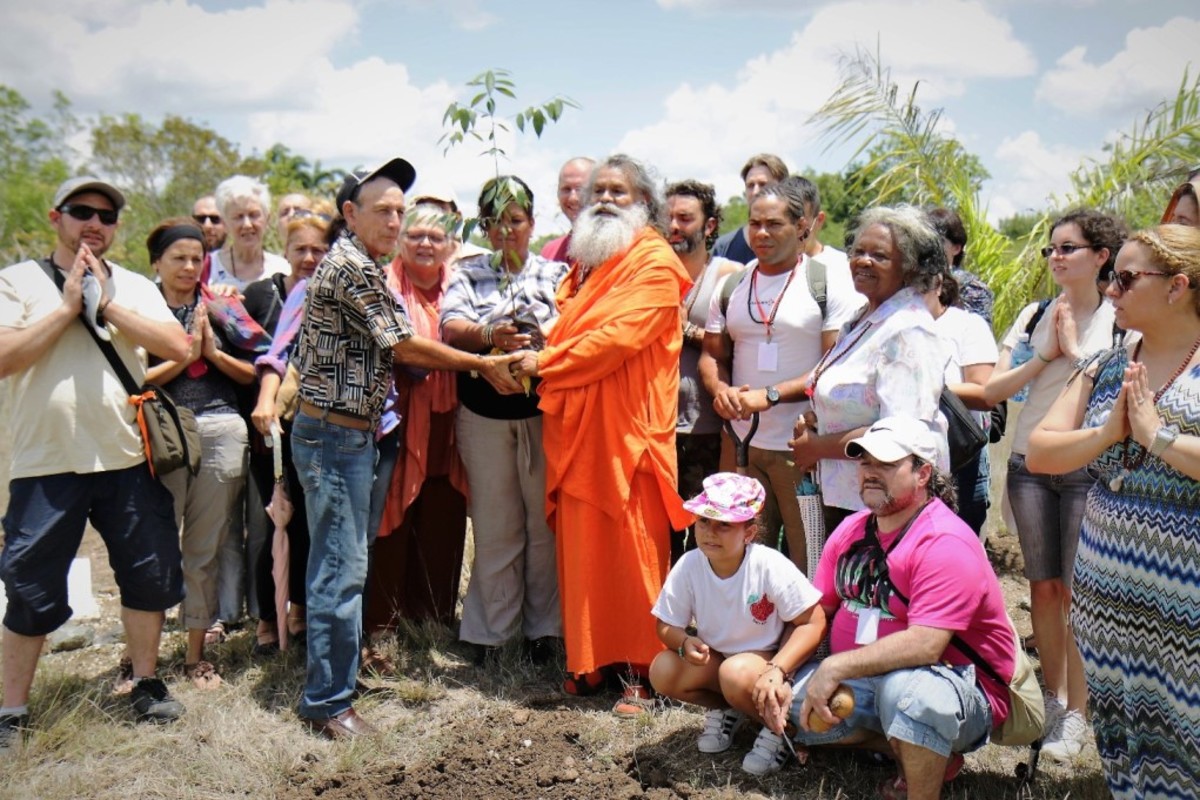 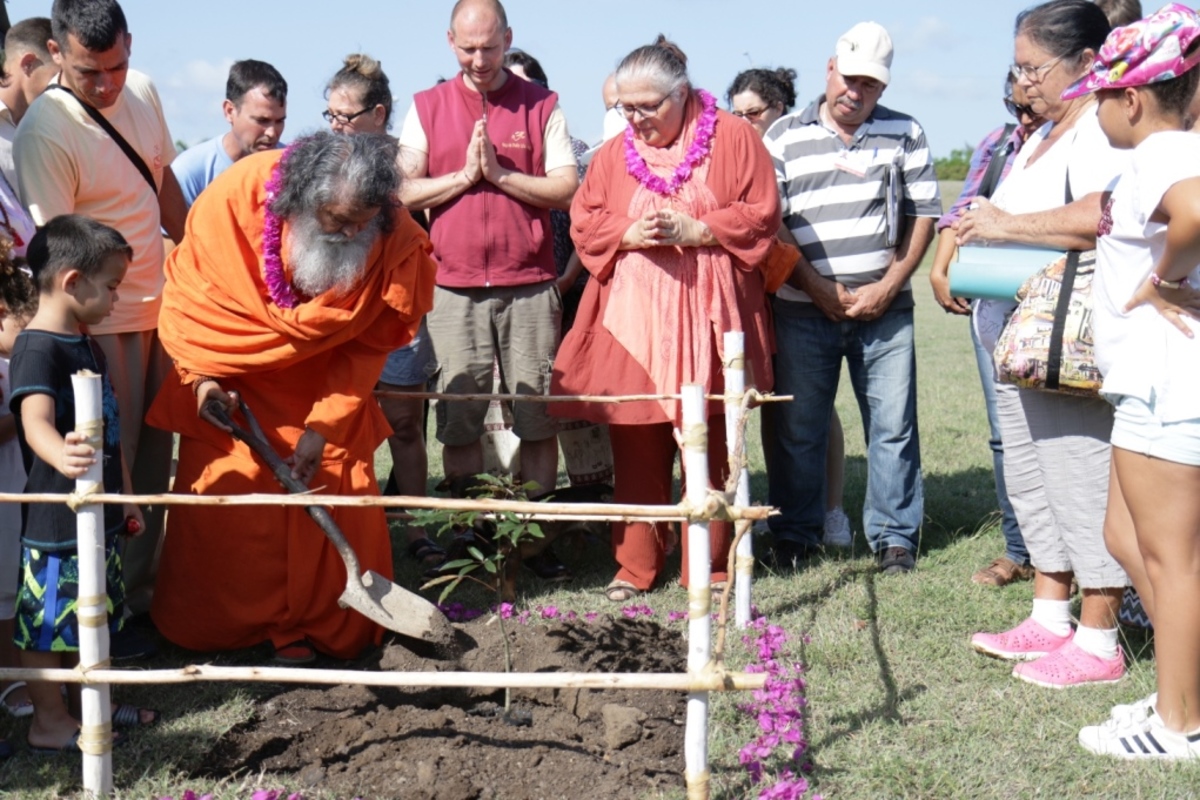 After the first tree planting in Playa Guardalavaca, a small town near the sea, the group celebrated a joyful outdoor satsang. Vishwaguruji talked about research into the origins of the YIDL Parampara (lineage) and his visit to the ancient Himalayan cave of Sri Alakhpuruji, from whose spiritual lineage he descends. 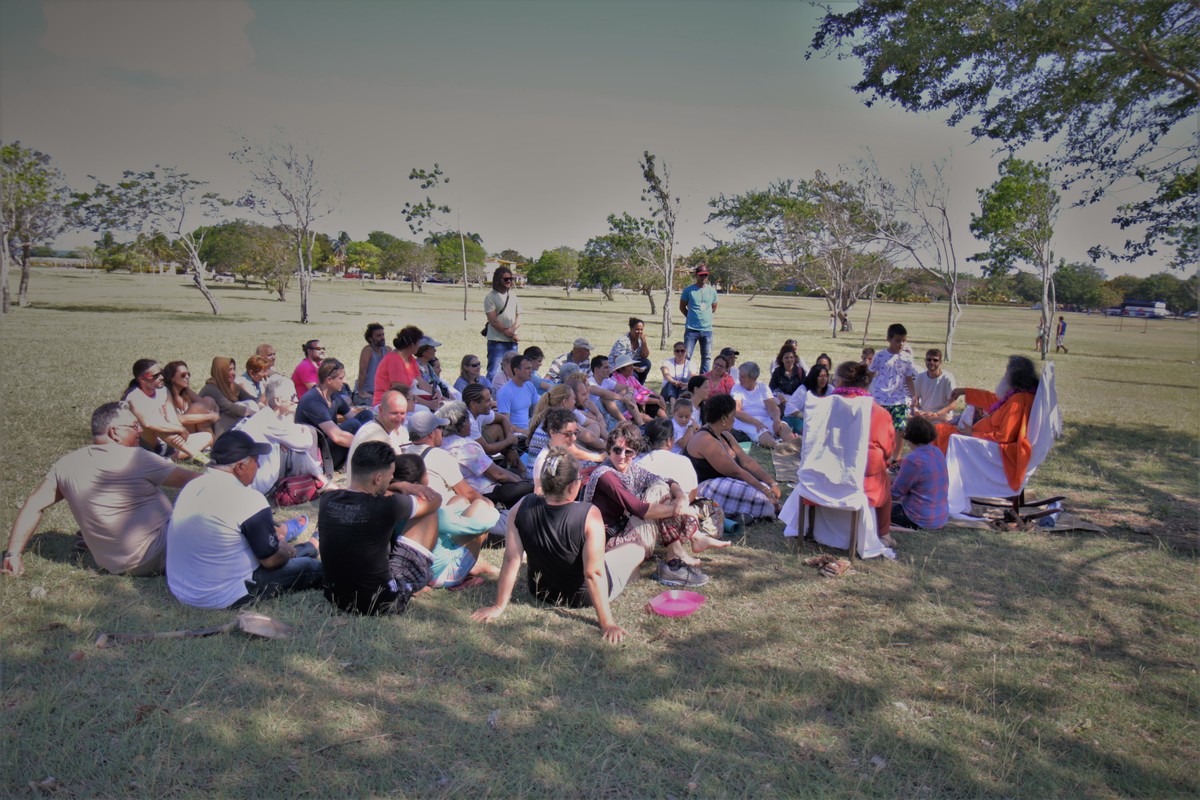 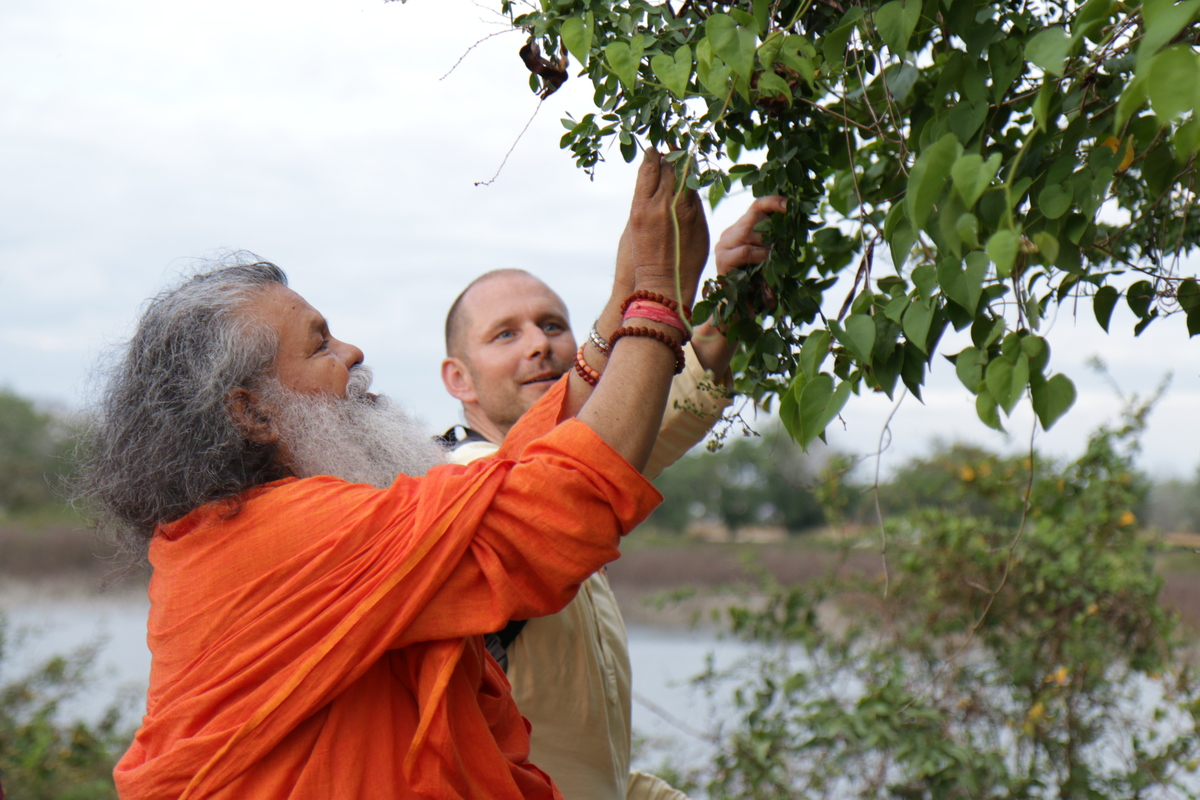 On the same day, the city of Holguin's official gardeners assisted Vishwaguruji in planting a second World Peace Tree in the city's Botanical Gardens, in honor of YIDL's distinguished lineage. The yoga practitioners accompanying Vishwaguruji, admired the many exotic trees and flowers, some of which were recognized as being the same as those in India, which shares a similar climate. 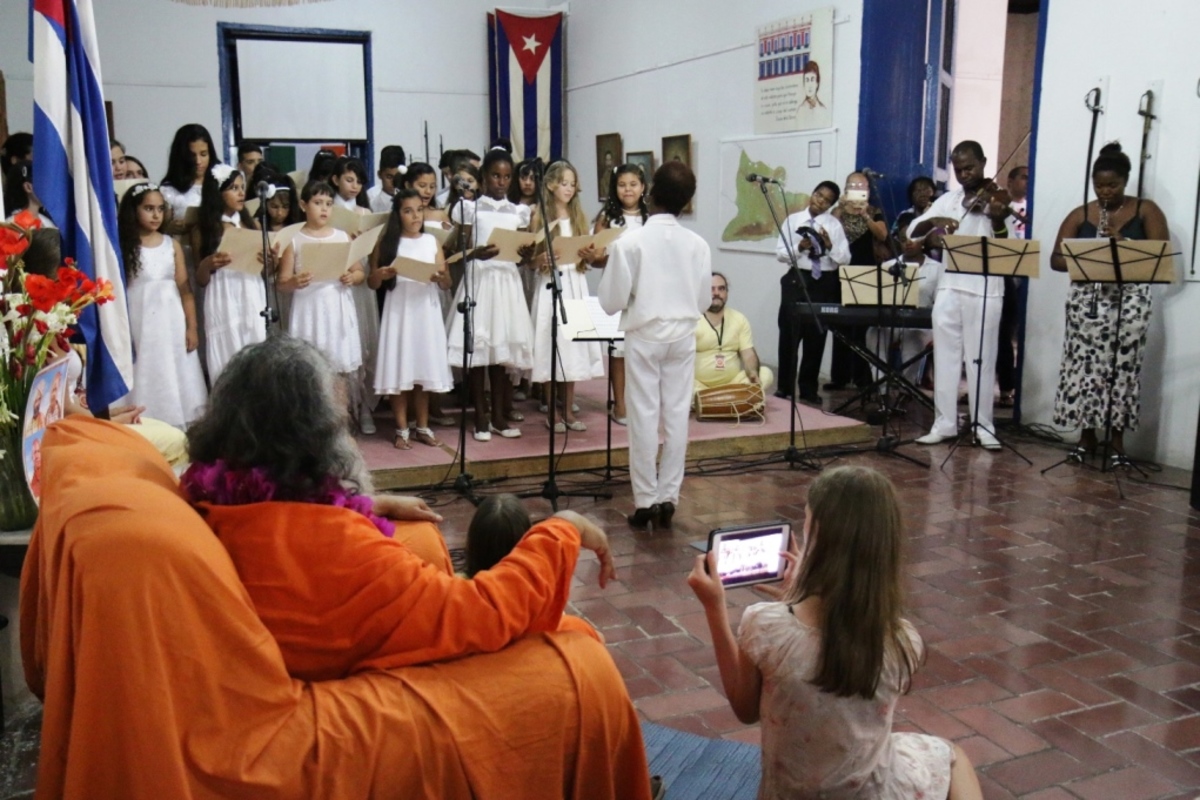 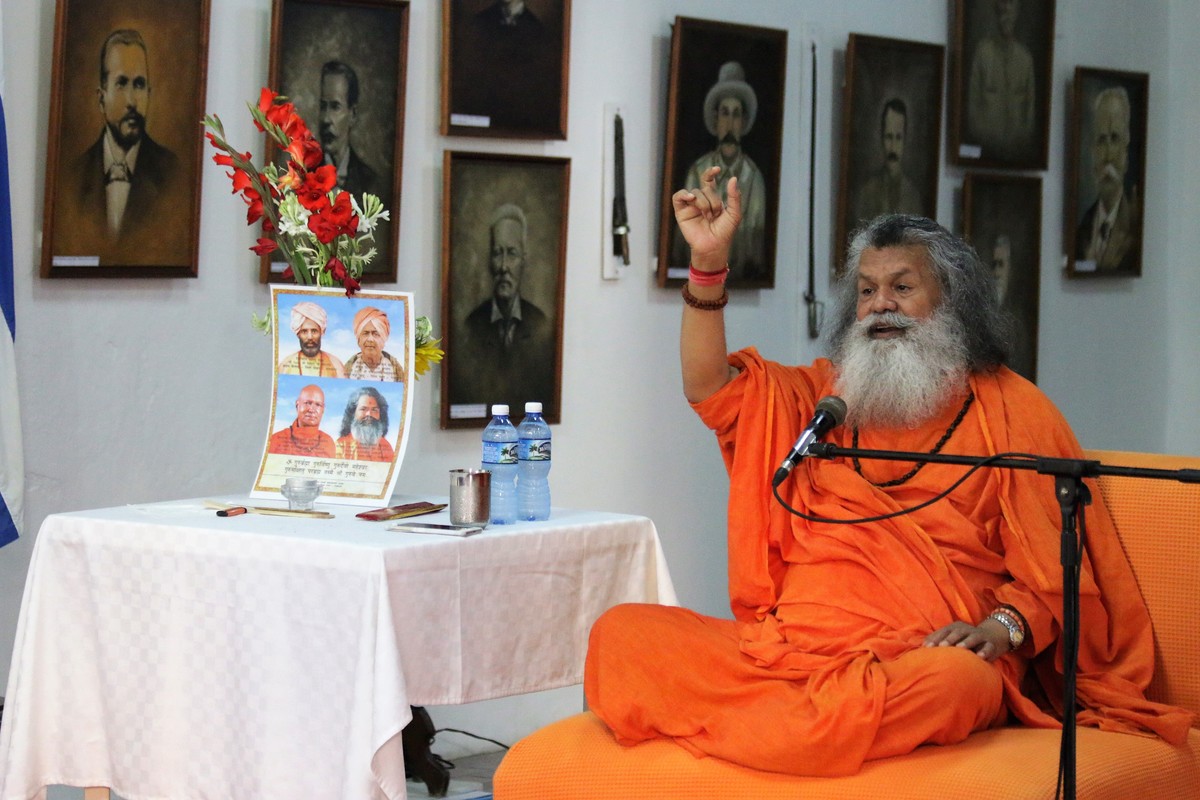 The Peace Tree ceremonies followed a full day of cultural exchanges, featuring an excursion to the city's highest point, the Hill of the Cross, followed by presentations of music and dance at the Casa de Iberoamerica, the Cultural Center that co-hosted the yoga master's program. The evening program featured a variety of Cuban vocalists and musicians. 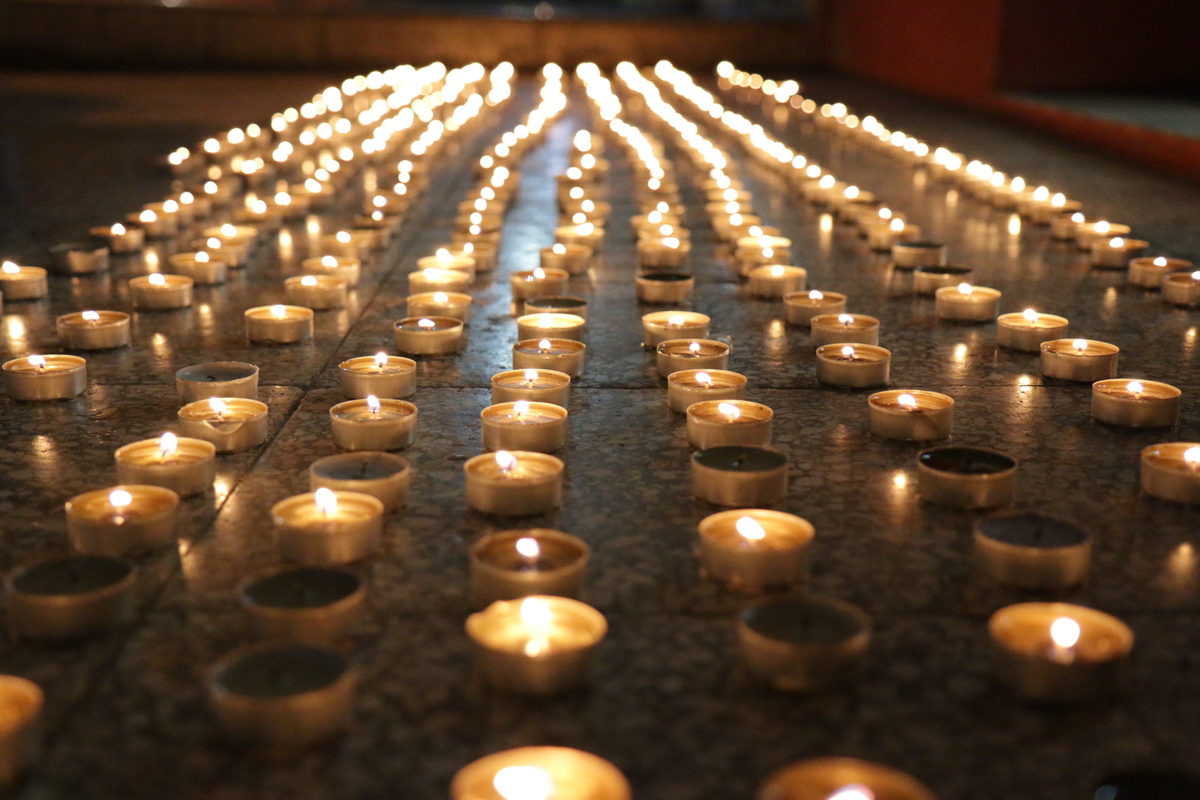 A delightful performance about the Ramayana, prepared especially for Vishwaguruji, showcased the exceptional talents of the children's musical theatre company La Colmenita. The children also honored and delighted him by learning and presenting spiritual songs and mantras from the Yoga in Daily Life traditions.

Long-time European disciple, Bhakti Devi, gave a mesmerizing performance of classical Indian dance from the Bharatnatyam tradition. Each dance was introduced with a description of the spiritual story it portrayed, as well as an explanation of the mudras used in the choreography.

The evening concluded with the audience lighting candles for peace on the steps of the Cultural Center. Vishwaguruji's hosts joined him in reaffirming that the light of yoga, in addition to conferring benefits for health, happiness and well-being, can also serve as a channel of peace, harmony and understanding among nations.