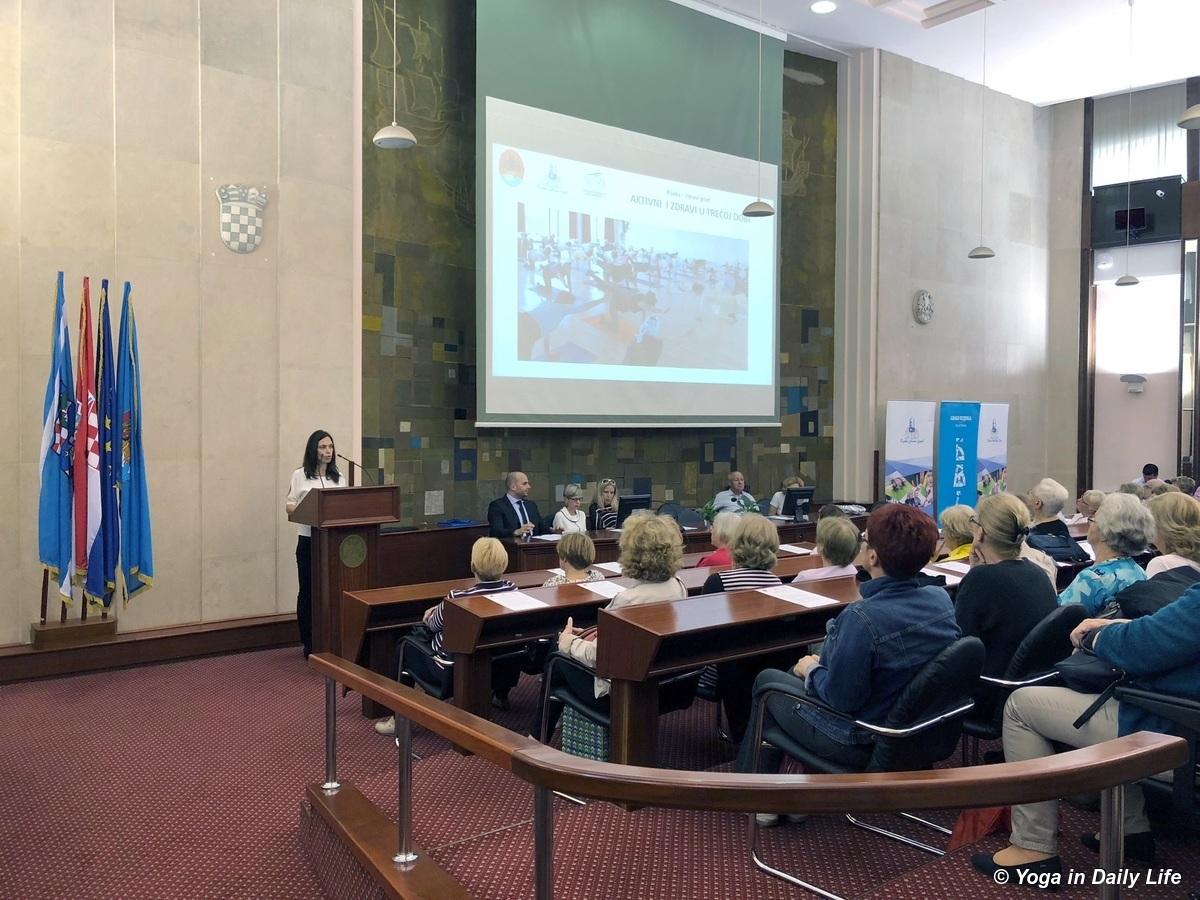 On 23 May 2018, Yoga in Daily Life was invited to participate in the forum Active and Healthy in the Third Age in Rijeka City Hall, Croatia. The forum was organised by the City of Rijeka and the project Rijeka - Healthy City, which is part of the World Health Organization (WHO). People were very interested in the topic so as a result the City Hall was crowded.

Speakers included medical doctors from the Institute for Public Health and Faculty of Medicine, physiotherapists, Head of the Rijeka - Healthy City project, and representatives from Yoga in Daily Life. The title of the YIDL presentation was Vitality and health in old age by practicing yoga according to the Yoga in Daily Life System by Dr Med Maja Stosic (Gita). At the end of the forum, all participants were practicing full yoga breathing.

Yoga in Daily Life has been involved in the Rijeka - Healthy City project since 2013, and through the project hundreds of people over the age of 50 can practice yoga for free.