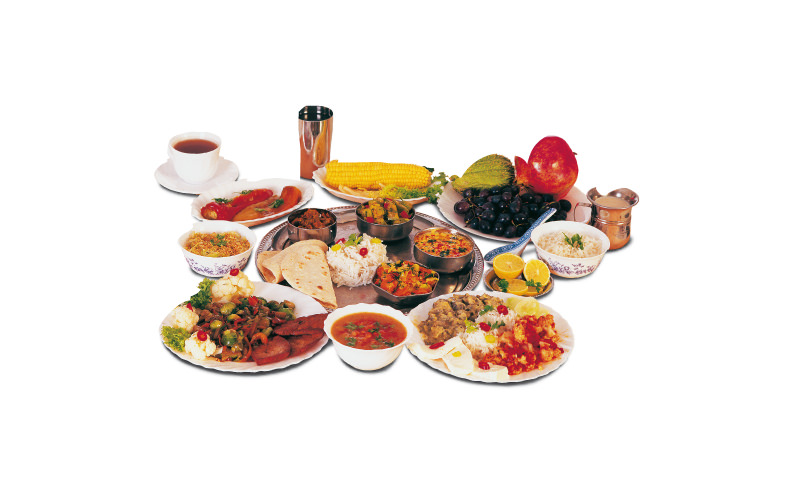 Proper diet is fundamental for sustaining good health and mental development. Yoga categorises three types of foods according to their qualities. These qualities correspond to the three Gunas - Sattvic, Rajasic and Tamasic [1].

Tamasic food, such as meat, fish, eggs, alcohol, preserved food and old, reheated food, makes us sluggish and lethargic. Rajasic food is excessively spicy food, which causes us to be restless and aggressive. Rajasic qualities also arise from excessive consumption of coffee or chocolate. Sattvic food however, gives rise to a balanced and harmonious sense of wellbeing in both body and mind. Sattvic food is found in a lacto-vegetarian, whole food diet which includes grains, vegetables, pulses, fruit, nuts, seeds, milk and milk products. Vegetarian food detoxifies, cleans and purifies the body and increases our resistance to illness.

Yogis are vegetarian for several reasons. Apart from the health aspect, the main reason lies in the fact that all living beings are God’s children - this includes animals. God is the creator of us all. God's light dwells in animals as well as in humans.

All living beings are my Self

There is a proverb that says, “You are what you eat”. Two factors, society and nutrition, principally determine the type of qualities that a human develops. An improper diet not only causes us physical illness, but also confuses the mind. It destroys the Pranic energy and produces aggression, depression and fear. We cling to life with every fibre of our being and consider freedom and happiness the ultimate goal of existence. Every animal and every living being also wants to be free and happy.

All creatures, such as birds, dogs, cats, horses and cows, intuitively feel the impending danger of a natural disaster. In the same way, animals are instinctively aware of their own death in advance. In the days before cattle are brought to the slaughterhouse, they are fearful and restless. The fear of death floods their entire body and their endocrine glands secrete vast quantities of “fight and flight” hormones. These hormones lodge in the tissues of the animal. We cannot see these subtle substances stored in the flesh of a dead body, but inevitably we ingest the animal's fear of death whenever we consume its flesh. In addition to this, we also take in the animal's Prana - that is, the animal's qualities and the nature of its consciousness. This greatly impedes our spiritual development. The aggression and fear of the animal's consciousness deeply penetrates our subconscious mind and rises again into consciousness at the hour of our own death. Also, in meditation and in prayer this fear arises whenever we try to withdraw deeply into ourselves. It is due to this unaccountable fear that many people have an aversion or fear of meditation and religion.

However, at some time we must go through this unconscious fear. Either we purify ourselves consciously through meditation, prayer and good deeds, or we go through the fear again at the hour of death. But at that time we can do nothing about it. Our destiny is fulfilled according to the law of Karma. This can be compared to the predicament a mountain climber faces when his rope breaks. At this moment his own will has no power, no influence on the consequence. He falls whether he wants to or not.

Sages and Yogis not only pay attention to what they eat, but also to where the food comes from. Was it taken away from others or in some way wrongfully acquired? Such circumstances also produce negative vibrations in those who eat the food and can create inner disturbances.

Guru Nanak once came to a village, where he was warmly welcomed by a businessman and a farmer, both of whom invited him to share a meal. The businessman produced a richly covered tray full of exquisite delicacies. The farmer, however, offered a simple meal of bread, onion and olives. Guru Nanak took the plate which the farmer offered and ate the bread.

There is an association between the cook and the food. Therefore when cooking we should cook with love and prepare the food with positive thoughts.

In contrast to animals, we humans have free will to choose our path through Buddhi (intellect) and Viveka (discrimination). This is why we should give proper attention to correct eating, and keep good company. These influence our mood and the nature of our inner qualities far more than we are able to imagine. How we think and act are in direct relation to the quality of the food we eat and the company we keep. This also impacts our Karma.

We love and spoil our domestic pets such as cats, dogs, guinea pigs, hamsters etc. But at the same time we eat roast chicken, fillets of fish, beef and pork cutlets. Many people don’t even consider the fact that these living beings are tortured and sacrificed simply to satisfy the pleasure of their palate. A God-Realised person says, “When you are not able to give life, you also have no right to take it away”. Every living being, human or animal, that is violently killed before it has lived its predetermined time, may possibly have to take a long detour through the astral plane before it once more attains embodiment in a form suitable to fulfil its destiny. Therefore those persons who cause the death of living beings, or destroy their own life (as in suicide), invite a very difficult Karma.

Meat is dead food. Eating something dead also produces death within. Vegetarian food however, provides us with vitality, health and spiritual development. That is why from the viewpoint of health, as well as spiritually and ethically, consuming meat is the worst possible way of eating. Anyone can understand this just by taking the time to think a little more deeply and relate to the feelings of other living beings.

The “production” of meat is not just cruelty to animals, but is also a tremendous waste of food. In order to gain one kilogram of meat between seven and fifteen kilograms of grain and pulses must be used. The greater part of grain produced by our farmers is not for human consumption, but is fodder for animals. Another interesting statistic is that 90% of protein and 99% of carbohydrate present in the grain and pulse is lost when humans consume these in the form of the “produced” meat.

Cattle breeders are extreme polluters of the environment. To produce one kilogram of wheat sixty litres of water is required. To produce one kilogram of meat requires 2,500-6,000 litres of water. This water then mixes with pesticide residues and leaches into the ground as liquid manure, subsequently reaching groundwater and drinking water levels. Ecologists have calculated that ten times more pollution is created through the production of meat than by private households, and three times more than industry. To produce just one “burger” requires the conversion of five square metres of rainforest into pasture or arable land. The rainforest is one of humanity’s most valuable resources. The amount of land required to feed just one meat-eater can feed twenty vegetarians.

To abandon meat consumption is therefore not only a question of ethics, but also a question of our own survival on this planet. Famine in many parts of the world, groundwater problems, worldwide destruction of valuable resources, soil erosion and weather catastrophes, are all problems directly influenced by our nutritional behaviour. We should make ourselves very conscious of the unique and highly sensitive balance of life on this planet. We ought to be aware that out of indifference, greed, convenience and ignorance, humans are in the process of destroying this very delicate balance. Author and humanist Leo Tolstoy, phrased it very aptly, “As long as there are slaughterhouses, there are also battlefields!” How can we realise peace and happiness in the world when we torture and kill our “little brothers” a million times over.

As humans our Dharma [2] is to help, to protect and to support, not to exploit and destroy. The highest principle for a human is summarised in just one sentence:

Non-violence is the Supreme duty.

There is no greater sin than to kill or injure. If we have no sympathy for the pain that an animal suffers when it is slaughtered, or close our eyes to its suffering, then it is no wonder that we as humans must suffer terrible wars, environmental destruction, many diseases and natural disasters. 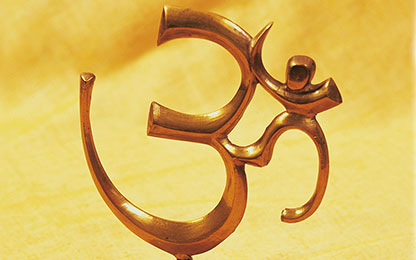 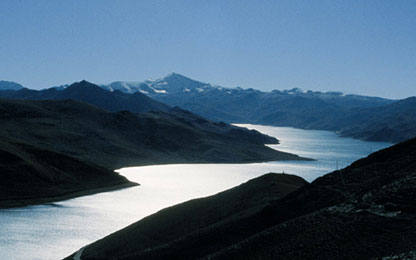 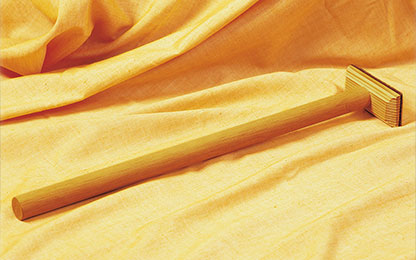 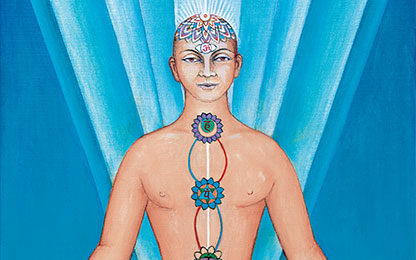 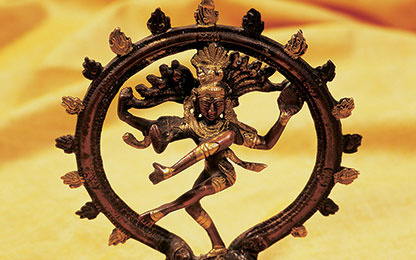 The Light of Life 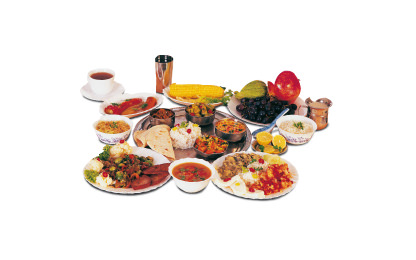 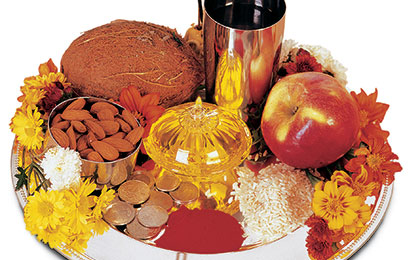