Concentration:
on the flow of the breath in the throat

Ujjayi Pranayama is deep breathing with concentration on the flow of the breath in the Larynx. In deep sleep this type of breathing occurs naturally, but it is important to practice with full consciousness to receive its full benefits.

Ujjayi Pranayama is also known as Sahaja Pranayama or Ajapa Pranayama (“spontaneous” breath control). It is utilised in Kriya Yoga and in Meditation. In the Yoga scriptures it is stated that Sahaja Svasa is the way to Samadhi, or in other words, to the attainment of a higher level of consciousness. Sahaja Svasa means concentration on the natural process of breathing with the Mantra SO HAM. This Mantra is like a call to the inner Self. “so” means “That” and “ham” means “I”. With the continuous repetition of this Mantra both syllables so and ham form a cycle: I am That – That am I – I am That …

Ujjayi Pranayama is very helpful in maintaining physical and mental wellbeing. It normalises high blood pressure and results in an intensive physical and mental purification. Ujjayi Pranayama practiced in conjunction with Ashvini Mudra or Mula Bandha, drives away negative thoughts, anguish and depression in just a few minutes. It is helpful in cases of flatulence, digestive problems and nausea created by indigested substances or spoiled food. Ujjayi Pranayama reduces the harmful effects of pollution and other harmful environmental influences.

In the Puranas [1] there is a story, which illustrates the effect of Ujjayi Pranayama:

The Devas (gods) and Asuras (demons) decided to churn the deep waters of the ocean in order to raise its treasures to the surface. For this purpose they used the mountain, Mandakini, as the stirring stick and the earth snake, Vasuki, as the rope. The gods took hold of the tail of the snake and the Asuras held its head. A variety of treasures appeared from the ocean floor. At first appeared the goddess Lakshmi, and then finally Amrita, the nectar of immortality, rose to the surface in a golden vessel. But with this nectar also came a deadly poison. The gods and the demons were helpless, as the poison was potent enough to destroy the whole Universe and they were unable to render it harmless. In desperation they appealed to Lord Shiva for help. Shiva drank the poison without swallowing it, but stored it in the Vishuddhi Chakra with his Yoga power. There he purified it through the means of Ujjayi Pranayama and Jalandhara Bandha. In this way he saved and liberated the world from this deadly danger. As a result his throat was forever coloured dark blue and since then Shiva also has the name Nilakantha (blue throat).

Practice:
Relax the face, lower jaw and lips. >Perform Jalandhara Bandha. >Contract the glottis so that a soft sound arises with the breath. Feel the flow of the breath in the throat. >Inhaling mentally repeat the syllable SO and follow the breath consciousness from the navel to the throat. >Exhaling mentally repeat the syllable HAM and follow the breath consciousness from the throat to the navel. >After several breaths perform Khechari Mudra, curling the tongue back as far as possible towards the soft palate. This moistens the air and the throat does not dry out. If this Mudra becomes uncomfortable, relax the tongue for a while and then return to Khechari Mudra. >Continue to breathe regularly and continuously. >Inhale and exhale 25 times in this way, then release Jalandhara Bandha and remain for about 3 minutes breathing normally.

This is one round. Repeat the exercise 3-5 times.

A legend from Indian mythology. 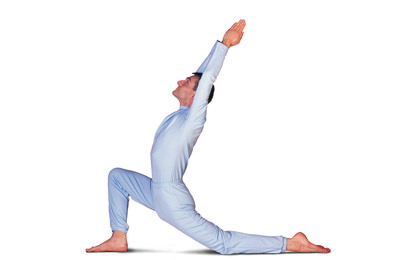 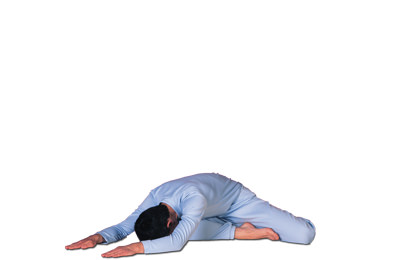 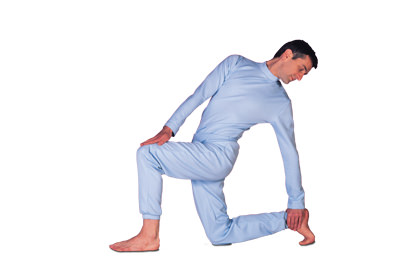 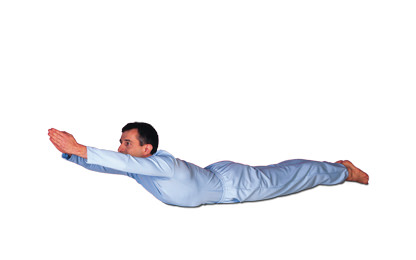 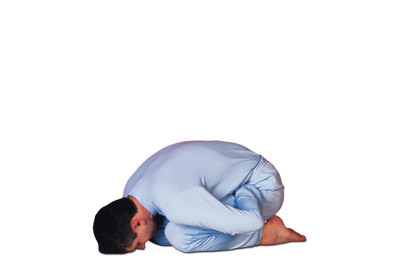 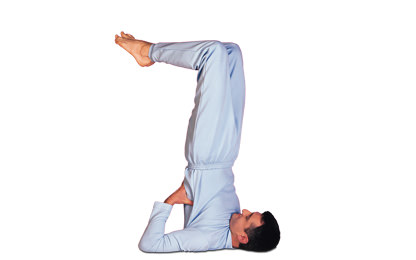 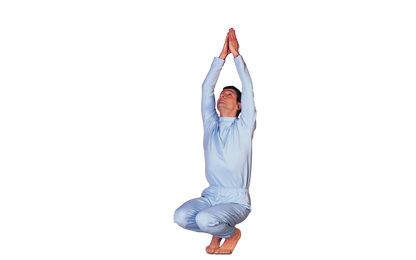 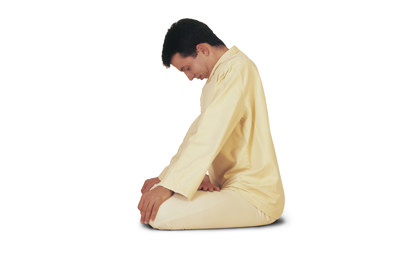 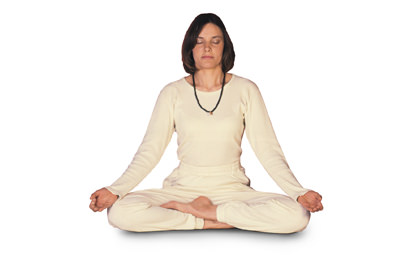